Different factors such as extreme temperatures (freezing cold or heat), UV rays, age, and chemicals can all damage PVC pipes. Such factors can cause these pipes to crack or go brittle. At the very least, they could cause leaks and possibly shorten the lifespan of your PVC pipes. 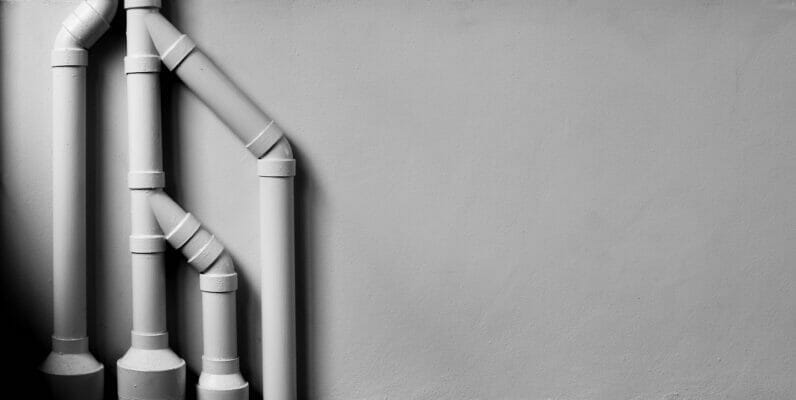 For most homes in the entire country, they usually use PVC pipes for their drains. And the biggest reason PVC pipes are the most ideal for drains is that these pipes have smoother inner walls that will allow water and debris to pass through more efficiently without them getting caught in the pipes and causing clogs.

As such, PVC pipes are best for drains because they minimize clogs.

As great as PVC pipes may be when it comes to minimizing clogging, the problem with these pipes is that they are made of plastic.

If you must know, plastic isn’t as durable as the other metallic materials that are used for pipes. We are talking about materials such as copper, iron, steel, or brass, which are all quite durable.

Still, despite the fact that PVC pipes aren’t as durable as their metal counterparts, they are still very much long-lasting in the sense that they will last for decades as long as they are properly maintained and are not exposed to harsh conditions.

Older models of PVC pipes will last somewhere between 25 to 40 years. On the other hand, the newer PVC pipes can even last for more than 70 years, a lifespan that is close to that of its metal counterparts, which can last for about 80 years.

Then again, PVC pipes are still made of plastic and aren’t expected to be able to have the same kind of longevity and durability that other pipes do.

That said, because PVC pipes are made of plastic and are not exactly the most durable, they will deteriorate in time.

Yes, PVC pipes won’t last for a very long time as different kinds of factors can eventually damage them and cause them to deteriorate. And let’s not even talk about the effects that time has on PVC pipes.

As mentioned, PVC pipes can and will deteriorate. And there are plenty of different factors that can actually cause these pipes to deteriorate.

When combined, such factors will cause your pipes to deteriorate faster, and that is why you have to make sure that you keep your PVC pipes properly maintained and away from any factors that can damage them. These include:

PVC pipes that are situated in an exposed area can easily get damaged because of the very fact that they are exposed to the sun’s ultraviolet rays.

That’s because UV rays can actually make the material much less flexible than it is as the light degrades the polymers in the plastic. PVC pipes that are less flexible will end up cracking and splintering.

This is why it is important that you make sure that you do not install PVC pipes in areas that will allow them to get exposed to the sun. These pipes do not do well under outdoor applications and are at their best when they are kept hidden away from direct exposure.

Like plenty of different materials, PVC pipes don’t do well when exposed to extreme temperatures and will eventually get damaged when the temperatures get a bit too cold or too hot for the pipes to handle.

That’s because the extreme cold can cause the material to go brittle and may actually crack the PVC pipes. Meanwhile, too much heat can melt the plastic material and cause leaks in your PVC pipes.

This is why, again, it is best to make sure that your PVC pipes are not kept outdoors as the weather might get too cold or too hot for the pipes to handle.

Also, do not pour boiling water into your drain because the heat can cause damage to your PVC pipes.

Everything will deteriorate in time, and this includes your PVC pipes. When they get older, plastic materials will undergo degradation due to their chemical composition.

Your PVC pipes will begin to leech plasticizers, which are added to the pipes to make them more flexible.

And when the pipes begin to leech these plasticizers, they will begin to lose their flexibility and will actually end up becoming brittle to the point that they may end up cracking.

So, even if you do actually take care of your PVC pipes well enough, time will eventually cause them to degrade and go brittle.

That’s why it is important that you make sure that you inspect your pipes regularly and that you replace PVC pipes that actually need to be replaced.

Of course, exposing your PVC pipes to certain chemicals will indeed damage them because plastic won’t be able to withstand harsh chemicals as much as metal pipes do.

This can be traced back to the chemical properties of PVC, which is a kind of plastic.

When exposed to certain chemicals, the different molecules in the materials will begin to loosen up. As such, this can lead to leaks caused by cracks and other similar instances.

This is exactly why you should avoid pouring chemical products down the drain if you have PVC pipes.

When your PVC pipes are clogged, it is best to make sure that you don’t use chemical drain cleaners because these products have harsh chemicals that can damage your pipes and cause them to deteriorate at a quicker rate. But if you must use a chemical cleaner, make sure it’s safe for PVC pipes.

So, in that case, it is ideal to use a plunger or a drain snake when clearing clogged PVC pipes instead of relying on chemical drain cleaners that work better on metal pipes. 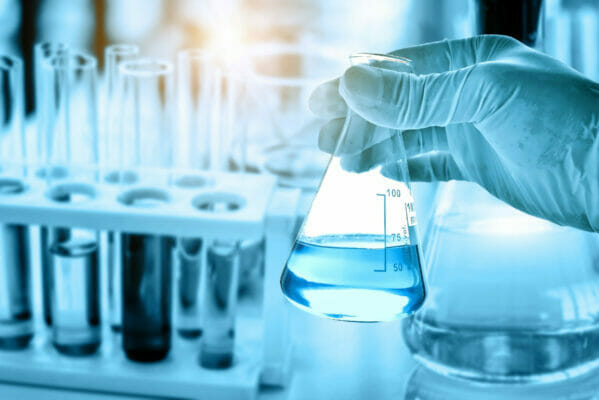 Now that you know that chemicals can actually damage your PVC pipes, what kind of chemicals should you avoid? Here are some quick examples:

As mentioned, PVC pipes don’t do well when exposed to too much heat, and that is exactly the reason you should avoid pouring down chemicals that can cause heat to build up inside the PVC pipes.

Chemicals that can cause such reactions include hydrochloric acid, sulfuric acid, and sodium hydroxide, which can all be found in most chemical drain cleaners.

So, because these chemicals can generate plenty of heat and are quite corrosive, they are effective at melting down the materials that are causing the clog in your drain.

But, at the same time, they might end up melting down your PVC pipes as well. This can lead to leaks or busted pipes.

Normally, oxidizers that contain chlorine bleach or sodium hypochlorite are supposed to be safe for PVC pipes.

These oxidizers usually come in the form of baking soda or bleach, which can be used safely in most PVC pipes because they don’t cause the pipes to crack or melt.

But the problem here is that these oxidizers can cause a chemical reaction when they make contact with the materials that are causing the clogs in your drain.

Depending on the chemical reaction, your PVC pipes may end up getting damaged as a result.

As such, even if oxidizers are supposed to be safer, you should also avoid using them to minimize the chances of causing a harmful chemical reaction in your PVC pipes.

PVC pipes are great to use for drains because they are cheap and quite efficient at draining away liquids and other debris.

But the problem is that PVC pipes are not made to be able to have the same kind of durability that metal pipes have in the sense that they will deteriorate quicker.

As such, when you have PVC pipes at home, it is best to make sure that you actually don’t treat them as metal pipes and that you avoid using chemicals when cleaning them.

Go traditional with the old and trusty plunger when you want to clean your drains or else you will only cause more damage to your PVC pipes.