Materials used in your garbage disposal play a large role in how long your disposal lasts if not used for a long time. Some low-quality models have impellers that rust and cannot pivot because they lack stainless steel, which can break them if not used. 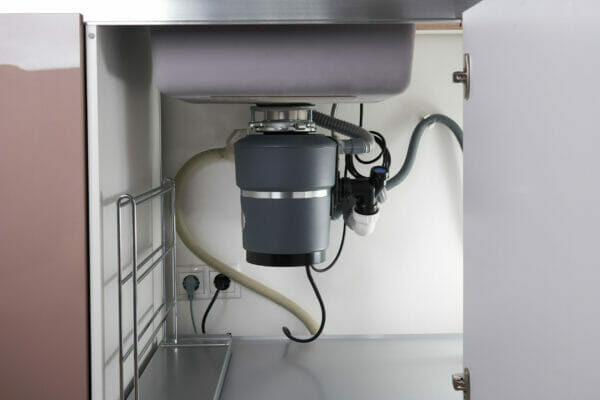 What Happens If You Don’t Use a Garbage Disposal?

Garbage disposals can be easily overlooked because of their size, particularly if they were installed previously by other homeowners. However, a unit left unused can rust and seize up, resulting in leaks and mechanical failure.

Regardless of whether or not you grind anything, run your disposal every couple of weeks for a minute or so. Overuse, on the other hand, can also present problems.

A clog occurs when you put a lot of food down the drain during the holidays or other marathon cooking sessions. Whenever you are anticipating you will have loads of food waste, use your garbage disposal sparingly.

Can Garbage Disposal Break If Not Used for a Long Time?

As mentioned above, it’s possible for rust and mechanical failures to occur as a result of not using it often. The material from which your disposal is fabricated makes a difference.  Examples could be The impellers can expand and contract as a result of rusting in some models without stainless turntable impellers.

There may be a jam in the turntable of the disposer if there is a hard piece of waste in the disposal. In some cases, the turning gear may work, but the rotor may not rotate, causing the unit to become unbalanced until it breaks free (if slightly rusted, it may need to be broken free manually).

Sometimes dust can get into the bearings because of leaking seals. When a bearing is not used for a long time, it may become locked because of corrosion.

You can rotate the turntable inside the disposal mouth by inserting a wooden broom to free the bearing. It is possible that the bearing has suffered permanent damage. Make sure the disposal is switched off before using a broom handle or wrench.

Despite the overload protector’s quick action in stopping jammed disposal, it is possible to insert a wrench or broom handle before it is shut off, and when the disposal starts up, you could sustain an injury. You should therefore be careful.

How Long Does Garbage Disposal Last? 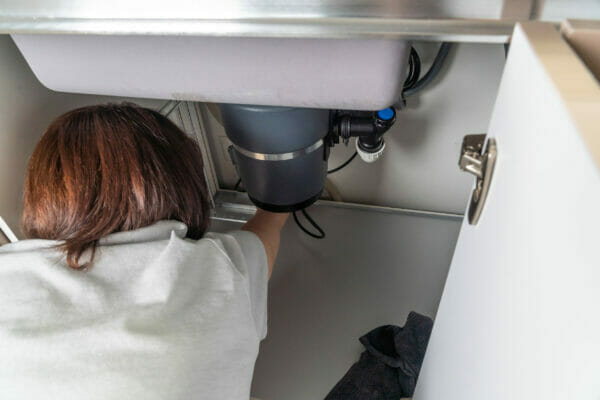 Signs of a Failing Garbage Disposal

Maintaining a clean sink and drain is easier when you have a garbage disposal. However, plumbing issues can cause you to cook differently, wash dishes differently, and keep your kitchen cleaner.

In some cases, you can fix garbage disposal problems with repairs, but the system needs to be replaced entirely in others. Here I will highlight some signs that your trash disposal needs to be serviced or replaced.

There will likely be times when water seeps through some of the connecting pipes where your disposal is located.

Large disposal, once it becomes noticeable, is usually a sign it needs to be replaced. Under your sink, your garbage disposal itself, or the floor by your cabinet may get wet from leaks.

You may mistake an apparent leak from your disposal for a dishwasher or sink leak, so call a plumber to locate its source. To assess your garbage disposal, contact a trusted plumber if you encounter any combination of the mentioned signs.

You should replace your garbage disposal during a kitchen remodel or sink replacement, even though it may not be beyond repair. It is often impossible to expect the functionality of new disposal from an older one.

It is common for disposals to clog after about ten years, especially if you haven’t done a renovation project or installed a garbage disposal in over a decade. After this time, they may start functioning again.

Your disposal should process most loads quickly. It might be necessary to sharpen or replace your garbage disposal blades if it takes a long time to break down food particles.

The whole unit may need to be replaced in severe blade deterioration, so make sure to have a professional evaluate the appliance’s condition.

You should clean the garbage disposal with small amounts of water to avoid clogging.

Even if your loads are small, if they jam up all the time, no matter how small they are, the problem might not be with your cleaning habits.

Clogs can sometimes indicate that you need a more powerful model. Other times, these clogs can indicate that the device is not functioning properly.

It can be unpleasant to smell the odors from garbage disposals since they are usually associated with wet food. A thorough and gentle rinsing, however, will generally eliminate the smells.

You may require professional help if nothing helps eliminate the odor. If any particles are trapped inside the appliance, your plumber can find and remove them.

Chemical cleaners should never be used when working at your disposal. Drain cleaners are not only too hard on your plumbing, but they can also damage your disposal and its components.

It indicates that the motor is failing, which is usually the cause of such problems. Motors may be near the end of their lives or have blown completely out.

After unusual circumstances, such as large loads or clogs, resetting the garbage disposal is meant to help the appliance recover. In general, you shouldn’t have to reset your garbage disposal very often if it’s in good condition.

A garbage disposal that requires frequent resets, or even when turned on, maybe requires fixing. You will need an electrician to fix loose wiring, which frequently results in frequent resets.

Noisy garbage disposal is a familiar experience for anyone who has accidentally dropped silverware into it. A lost spoon is a common source of a new sound, especially any metal-sounding noise. Check it with your hand and light whenever a new noise occurs.

When you run the disposal, it may grind together if nothing is blocking the blades. You can resolve most problems with a quick adjustment. It will damage the motor if obstructions persist in the disposal noises.

Unless you hear a hum or hear the disposal make a sound, it isn’t receiving electrical power. Press the garbage disposal reset button that is present under the disposal.

It may only take a simple touch to get it running again. You may also want to determine whether your disposal is hard-wired to an electrical box under your sink or plugged into an electrical receptacle under there.

The type of garbage disposal you own may be plug-in or non-plug-in. Unplug the disposal and plug another appliance, such as a hairdryer, into it to test the plug outlet.

During the process of resetting, you should turn the device off and back on all the way. If the garbage disposal has not been used for a while, it might be seized up and cause rusting.

Ideally, you should run your disposal at least every two weeks for a few minutes whether or not you grind anything. In contrast, overuse can also cause problems.

It is common for clogged drains to occur during jam-packed cooking sessions during the holidays. Utilize your garbage disposal sparingly if you expect to generate a large amount of food waste.