PEX piping is a flexible, plastic piping material that can be used in many residential and commercial construction projects. So is it good for sprinkler systems?

When picking a fire sprinkler system for residential applications, it is wise to use PEX for all your piping needs. PEX, otherwise referred to as crosslinked polyethylene, has gained widespread use. Initially, it was used in the ’70s in water distribution systems. 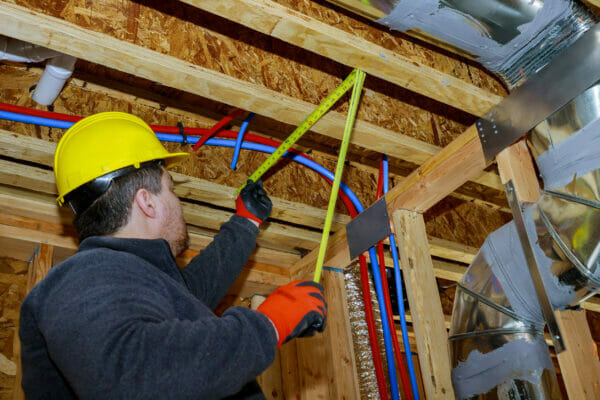 Which Pipe Is Best For The Sprinkler System?

Are you considering replacing or installing plumbing lines for your sprinkler system? Then, you must beware that plastic pipes made of PEX are competing and maybe overpassing PVC and copper in popularity.

This post focuses on some of the advantages of using PEX and why you should consider it over other materials.

PEX has grown to be the most widely used piping product for portable plumbing systems for residential use in various regions. Interestingly, it has recorded widespread use compared to other materials, including more than CPVC and copper combined.

Moreover, PEX has gained popularity in applications such as hydronic cooling and heating and commercial plumbing. As a result, if you want the best out of a sprinkler system, I recommend that you consider PEX and watch it build a stronger reputation and bring profitability into your business.

PEX piping comes from a simple process of melting polyethylene before extruding it in cylindrical tubes, and is largely used to supply water and carry away wastewater in housing plumbing systems.

PEX pipes feature a much simpler installation process compared to PVC. This said, with PEX, you will only have fewer connections since it can easily bend to accommodate changes in slopes and direction. As a result, with fewer connections, you needn’t have to worry much about plumbing leaks.

Moreover, if, in any case, you’ll need to have connections, which may prove to be inevitably necessary, PEX allows you to use crimp fittings and cold expansion rings. In turn, you don’t have to use glue that leaches into the water with PVC pipes.

PEX works better than other materials such as PVC in situations that require a connection to metal pipes such as copper.

This is because crosslinked Polyethylene (PEX) doesn’t rust easily. As a result, it will continue offering a larger lifespan even in harsh conditions.

Due to its flexible nature, you won’t have to deal with instances of freezing since PEX piping’s diameter can easily expand with changes in water pressure.

In simple terms, this means that you are less likely to encounter various challenges, including pipe bursts.

With PEX, the problem of noisy plumbing which is brought on due to water hammer needn’t be a matter of huge concern. While a water hammer is common in metal pipes, PVC does produce strange banging sounds.

Is PEX Good For Sprinkler Systems?

Before everything else, it is important to note that PEX is suitable for use in both standalone and multipurpose sprinkler systems. PEX has proved to be a better alternative to copper and CPVC pipes since it features an easy installation and is highly durable.

With such notable characteristics, builders and contractors can easily achieve their piping and plumbing goals even with tight production schedules.

Unlike copper piping systems, PEX will not corrode even in harsh water conditions applications; moreover, it will not scale or pit. With a unique molecular structure, PEX is inert and stable and is not affected by chemicals found in most HVAC and plumbing systems.

On the other hand, CPVC is susceptible to environmental stress and can crack when it comes into contact with most construction materials such as leak detectors, pipe wraps, thread sealants, pipe wraps, caulks, and lubricants.

In addition, PEX has a high flexibility nature such that a standard ½-inch pipe offers a bend radius of up to 3.5 inches. This is sometimes useful and comes in handy for certain reasons.

First, since you can access the flexible pipe in coil lengths, you can simply bend the pipe during installation to accommodate the change in direction without the need to cut in a fitting.

In turn, installers will save time and reduce the cost of material and limit potential leaking points in the piping system.

Secondly, the pipe’s flexibility allows it to expand up to thrice the original diameter, thus making it freeze resistant. PEX can easily expand without breaking to accommodate frozen water in the form of ice and contract down back to its original size once the water thaws.

This feature is important to consider since it has proved to be very useful in various instances.

Case in point, a newly built home (around six months old) in the state of Florida once lost power some years back and was left without heat for around five days.

The loss in power resulted in the water inside the CPVC pipes freezing, which eventually caused the pipe to crack. On the other hand, the PEX plumbing system in the house suffered no noticeable stress fractures.

This shape-changing aspect also allows you to repair accidental kinks in PEX using a controlled heat source which is usually a heat gun.

The pipe will eventually resume its original size and shape when it cools, possessing the same qualities while meeting the same standards as before.

The ability to easily and quickly eliminate kinks comes in handy, especially during installation, since it helps reduce the cost and time for pipeline repairs. 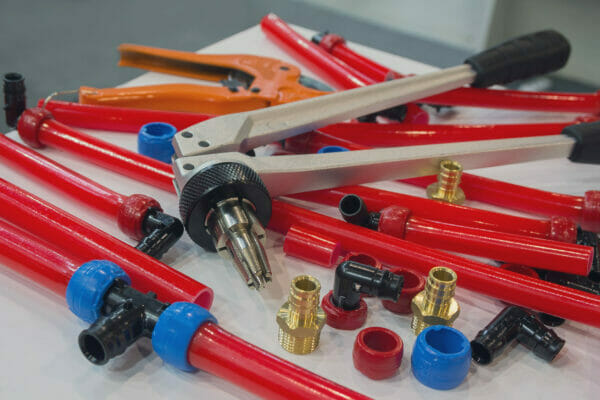 Is PEX Good For Outdoor Use?

The climate of your surroundings dictates the pipe’s size to use, whereas the success and service span of any pipe is determined largely due to its outdoor conditions.

Similarly, your environment will decide whether or not it is best to use PEX outdoors

For instance, I recommend using crosslinked polyethylene for special situations in areas where irrigation and sprinkler systems require flexibility.

However, with a high UV intolerance, PEX cannot perform well when exposed to direct sunlight.

As a result, this limits its possible usage, especially outdoors. While it’s fine to use PEX inside homes, installing the piping outdoors will require you to place it underground.

Is PEX Or PVC Better For Underground?

It is important to know the best material to use depending on the application when it comes to the piping system. However, it can be quite challenging to determine the best piping for your system all by yourself.

While both PVC and polyethylene are common in irrigation and fire sprinkler systems, it is important to note the difference between the two to achieve the best results from your system.

Polyethylene is ideal for use in environments that feature rocky soil and cold climates where the soil is likely to freeze up. This tubing is gaining more popularity than PVC in-home sprinkler systems due to its high-pressure ratings.

Users benefit from the fact that it can never crack even with frozen water in it. On the other hand, PVC is safe to use above the ground. To use it this way, you need to coat the exterior of the piping with water-based paint.

If this post has raised your interest in the benefits of PEX for sprinklers and irrigation, check out www.ppfahome.org or www.plasticpipe.org for more information. These two sites are among the most valuable websites for readers who wish to learn more about PEX piping systems and other materials.

Reading such information in readiness to add PEX to your toolkit is handy since you will know the benefits of using the material over other pipes.

Similarly, you can use the information and benefit from installation cost savings and efficiencies.