Crosslinked polyethylene (PEX) pipes are safe for drinking water because they contain low amounts of volatile organic compounds. Their production method ensures that they contain no leaking products and pose no health risks to the water consumers. 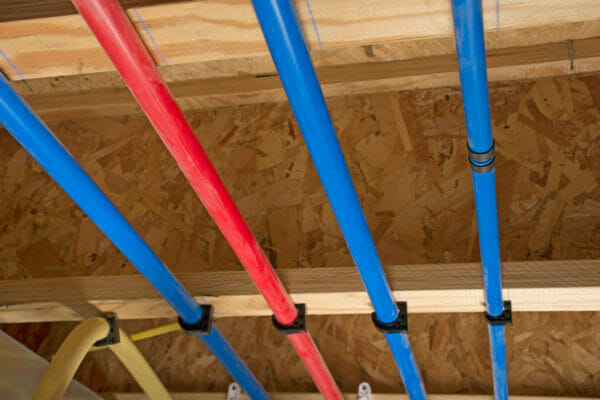 Can I Use PEX Pipes For Drinking Water?

Plumbing solutions are becoming more affordable and easy to install as the years come and go. With PEX pipes, you’ll no longer need to worry about rusting and corrosion in the pipes or the possibility of ingesting dissolved metals from metallic pipes.

However, not many people are paying attention to the quality of these new solutions and their impact on the water they are consuming. For example, there are plastic pipes that are made using the toxic Toluene compound, which is known for its carcinogenic properties.

Recently, there have been concerns about the volatile organic compounds used in making pipes because of their ability to leach into the water as it passes through them.

Not only will the water have an undesirable plastic taste, but it also has a negative impact on people’s health. Some health complications may be as serious as cancer, and that is something that nobody wants.

PEX pipes are the most common type of pipes replacing the metal pipes in almost every place. If you look around your neighborhood in any building or house renovation project, you might notice a pile of red and blue PEX pipes ready for installation. It’s no doubt that PEX pipes are becoming the plumber’s favorite, thanks for their flexibility and

You can use PEX pipes for drinking water. However, you must check the type of PEX pipe you are using because there are quite a number of them in the market, and each of them is different.

There are no substantive findings on how much chemical leaching takes place when you use a PEX pipe for drinking. However, research is ongoing, and recent findings indicate fewer leaching compounds as compared to other plastic pipes.

Also, PEX pipes do not contain carcinogenic compounds. So, even though some leaching occurs as the water passes through the pipes, it cannot lead to serious illnesses like cancer.

In addition, when using PEX pipes for drinking water, you may encounter some problems. For example:

Even with these problems, the PEX pipes cut above other plastic pipes and are considered safe to use for drinking water. While some PEX pipes have volatile compounds that leach into the water, the amount of these chemicals is almost undetectable and does not cause harm to the body. 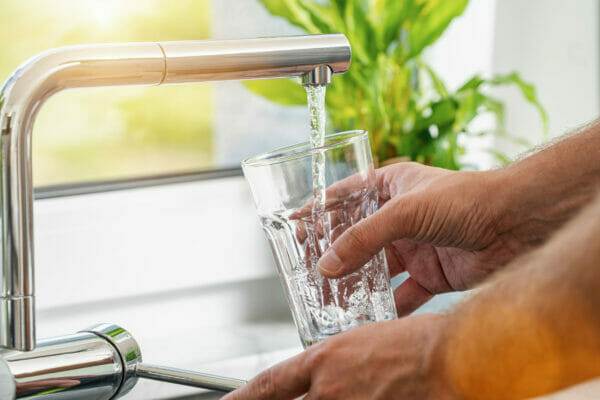 As mentioned earlier, PEX pipes are generally safe for drinking water, and you can use them without worry. However, you may encounter a few problems like the altered taste and poor water quality. These disappear as you continue using the pipes.

Recently, PEX pipes are becoming the plumber’s favorite in almost every water piping project. However, scientists have raised concerns about the new pipes and warned of possible chemical leaches into the water.

These manufacturing processes include PEX-A, PEX-B, and PEX-C. But, scientists have confirmed that each of these methods is safe and does not contribute to the leaking qualities in the pipes because they hardly use chemicals for crosslinking.

For instance, PEX-A uses hydrogen peroxide for crosslinking the polyethylene molecules, while PEX-B uses Silane. There is also the non-chemical PEX-C that utilizes electron beam crosslinking.

If you want to use PEX pipes for drinking water, you’ll need to consider the different types of pipes and the additives they have to determine the pipe’s quality. It’s best to choose one that is made of safe products.

Which PEX Is Best For Drinking Water?

PEX pipes are manufactured in different types so as to serve different purposes. That means there are some which are used for indoor plumbing, others for outdoor plumbing, and others are used in the heating system.

If you are choosing a PEX pipe to pipe in drinking water, the best choice would be the non-oxygen barrier PEX-A. This is because this type of PEX pipe is highly flexible and of good quality. Also, it is freeze resistant so that the water remains fluid even in dry seasons.

This type of PEX pipe comes in three different colors – blue, white, and red. Their diameters range from 0.25 to 3 inches. You can choose the diameter depending on where you are going to install it. For example, a kitchen pipe may be much smaller compared to the one placed in the bathroom.

Why Is PEX Banned In California?

PEX pipes are always in a ban-approve cycle in California. They ban it for use today and then approve it tomorrow, and the cycle continues.

The ban came in when the California Plumbers Union asked about the shortage of evidence showing the safety levels of the pipes.

However, some conducted research has shown that the PEX pipes are safe and can be used for drinking water. This is because of the safe production processes and the less harmful compounds used to make them.

The problem is that the PEX pipes are flexible, durable, and easy to install. So, anyone can fix them and does not need a plumber to fix them for them. Unlike copper pipes that require soldering and competent skills when fixing them, PEX pipes are installed with less skill and are much more reliable.

Also, more people are choosing PEX pipes over other pipes because they are durable and safe to use. This could have posed a risk to the plumbers who rely on installing and fixing plumbing systems to earn a living.

The ban would limit the use of PEX pipes and help the plumbers protect their source of income. However, as of now, the ban is lifted, but you may never know when the next ban is coming.

These PEX pipes were first used in Germany and have not had any setbacks. The government in Germany approves them as safe for use, and so it doesn’t make sense that they would be banned over health concerns in California.

PEX pipes are safe for drinking water, and you can use them conveniently for water supply into your house. You should always look out for any additives in the pipes during manufacturing and consider their volatility and their ability to dissolve into the water.

ScienceDaily Article: Drinking water from plastic pipes: Is it harmful?