A properly constructed private well is a water well that’s drilled to reach the aquifers – these are the bodies of rocks that hold groundwater. If pumped below the level of the water table, a well can replenish itself with the help of gravity. 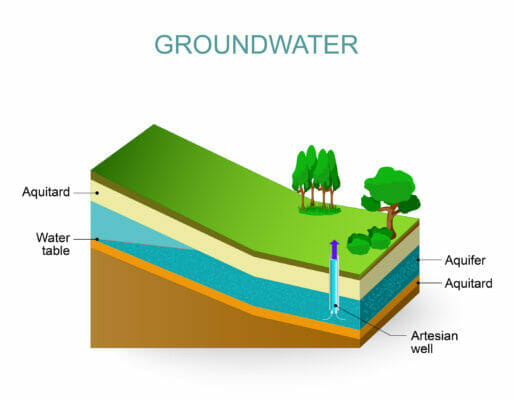 Yes, gravity will force water to refill by moving from the aquifers to the well.

Does well water replenish itself?

Yes, well water can always replenish itself depending on a couple of factors. According to Water Well Journal, the lifespan of a properly drilled private well is between 25 and 100 years. A well will only be able to last for this long if it replenishes itself regularly.

That said, a very deep water well (about 60 feet in depth) will certainly recharge and replenish itself. This type of well provides clean water from aquifers to fill the well back to the normal level of the water, even during an extended period of drought.

Several factors contribute to why well water can replenish itself. For instance, snowmelt, rain, and other water-related things that seep down into the cracks beneath the ground surface are some of the factors that make replenishment of well water possible.

Only a small amount of rainfall and snowmelt goes directly into the well.

95% of rainfall does not flow directly into the well. Instead, it flows into rivers, creeks, and streams. As earlier mentioned, a properly constructed well is one that’s drilled to reach underground aquifers.

If the well is properly drilled, aquifers are supplied with water indirectly by rainfall through the water sources above. This is another factor that makes it possible for well water to replenish itself.

So, the bottom line is that well water can always replenish itself depending on a few factors, such as the depth of the well, old age, climate, and weather conditions (rainfall and drought).

Here are some of the factors that affect well water refill

The average lifespan of a water well is between 25 to 100 years, depending on the depth. If your private well is old, it’ll most likely supply a low amount of water. Here’s why;

Over drilling of the well is another factor that could affect how private wells refill with water. If a well is over-drilled, it could result in the over-pumping of the underground water aquifers. Unfortunately, this could lead to a shortage of water in many households in your area.

As you already know, melted snow and rainfall are some of what aquifers depend on to refill a well. But what exactly happens if there’s no rain and snow for an extended period? Here’s where the issue with wells refilling with water comes into the scene.

Most wells, during drought periods, will certainly dry up because there’s no rainfall to supply the aquifer with water. In this situation, homeowners are often advised to look for alternative sources of water supply. 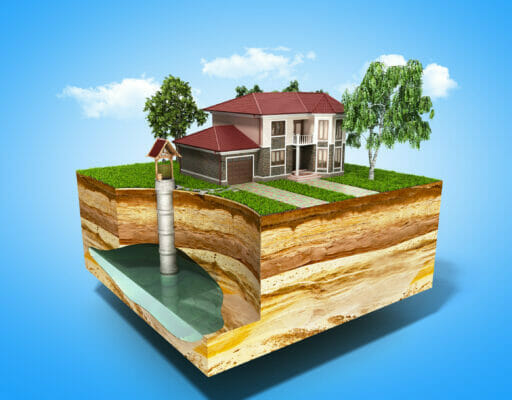 How does a well refill with water?

For you to better understand how domestic wells refill with water, let’s first have a quick look and understand the anatomy of water well.

To many people, a domestic well is just a hole dug in the ground with a pump installed to generate water for home use. However, you need to understand that there’s more to it than just that.

Drilling a proper private well is not just something that anybody can do. In case you don’t know, a properly drilled water well is a sophisticated piece of engineering. As such, you need a professional technician, who understands everything relating to underground water.

The first step involved in the construction of a water well is drilling. Drillers mostly make use of rotary drilling rigs to get the job done. Private wells are usually dug to reach an underground aquifer – this is a body of rock or sediment that helps to hold groundwater. The groundwater drips gently and slowly through small cracks and spaces within rocks and even between two different rocks directly into the well.

Here’s how a well refills with water

Generally, water wells are able to refill with water through the underground aquifers, where water drips slowly through the available spaces in the rocks. However, there’s more to this than just that; so, let’s go a little bit deeper into it.

Water wells mostly refill using two different sources; these are surface water and groundwater. Groundwater is the water that passes through rocks and flows directly into the underground aquifers. Water drips gently and slowly through slightly opened spaces and cracks on the body of rocks that make up the aquifers.

The water dripping from the aquifer is mostly from 95% of melted snow and rainfall, which flows directly to rivers, creeks, and streams.

So, the bottom line is that private wells mostly refill through underground aquifers. Aquifers get water indirectly from melted snow and rain, which usually drips into creeks and streams and become a part of the environment’s surface water supplies. Water wells also get water directly from rainfall. Yes, a small percentage of water drips directly into the well.

How long does it take for a water well to refill?

How long a water well will refill with water depends on several factors.

How fast a domestic well can refill with water depends on several different factors, including the depth of the well, the age of the well, the climate and geology of the environment, and the number of households that depend on well water in the area.

If you have a properly drilled private well and reside in an area where rainfall is constant, chances are that your water well will refill faster.

In addition to these, if your well has permeable soil and not many households depend on well water in your area, you can always expect your private well to refill as fast as 5 gallons of water in a minute.

However, if your well has impermeable soil, and you currently reside in an area experiencing drought, with a lot of people depending on well water, it could take days or even weeks for your domestic well to refill with water.

Of course, this also depends on the depth of your well. A shallow well will most likely dry out and not refill for many weeks.