Your well water tastes salty because it contains elevated levels of sodium chloride contents. These highly soluble elements are naturally found in the groundwater, specifically in rocks and soil. They may have entered your well through water runoff, sewage, or fertilizer. 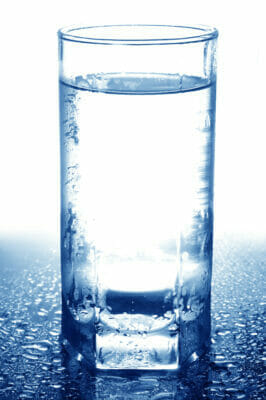 Is Well Water High in Salt?

Generally, all well water has salt because sodium and chloride, which are key contributors to saltiness, appear naturally in groundwater. However, not all well water is high in salt.

For well water to be high in salt, it must contain higher concentrations of sodium coming from other sources such as nearby seawater mixing into your groundwater, road salt combining with surface runoff, and liquid waste or sewage contaminating the groundwater among others.

Why Does My Well Water Taste Salty?

Your well water tastes salty because it contains elevated sodium or chloride ions, high concentrations of sulfates, or there is an issue with your water softener.

All groundwater comprises a significant amount of sodium. In fact, this element is the most common, naturally occurring found in the ground. Mostly you will find them in rocks and soil.

Both sodium and chloride are highly soluble, and so if you are tasting salt in your water, it simply means that your well water supply has significantly elevated levels of sodium chloride.

And so, if the sodium chloride ions get into the well water and are not filtered out of your water, they can produce an unpleasant saline taste.

High concentrations of sodium chloride can be caused by several factors including road salt combined with water runoff, naturally high salinity in your aquifer, local salt deposits eroding into your groundwater, or liquid waste or sewage contaminating the groundwater among others.

Besides the commonly known sodium chloride, the presence of sulfates in well water can also cause your water to taste salty. Sulfate is usually derived from magnesium sulfate and sodium sulfate and they also occur naturally in the earth.

When your well water flows through rocks and soil containing high concentrates of these minerals, they dissolve into water, leading to a salty taste.

High concentrations of sulfates are commonly caused by agricultural or industrial solvents contaminating the groundwater, shale waste, and nearby seawater mixing into your groundwater.

If your water softener is not working properly, it may result in too much salt entering your drinking water. and there could be a number of reasons for this effect.

First, it could simply mean that your water softener is programmed incorrectly. If this is the case, then it will cause the system to think that more salt is required than needed.

Another reason why you may have an issue with your softer is when there is clogging. Clogging issues such as the drain line or the tanks may require you to clean or replace a part. If cleaning is not done, it might cause your water to have a salty taste.

Sometimes your surroundings can also be the reason why you are getting the salty-tasting from your well water. For instance, if you are living in an environment or an area near the ocean, sea, or bay, water can sometimes enter pipes and make tap water saltier than it should be.

Another disadvantage is areas with a cold climate. In these areas, road salt deposits can dissolve into the surface water and seep into the water supply.

Finally, areas with agricultural activities can also lead to the salty-tasting of water. This is because farmers in those areas are most likely using fertilizers that might find their way into your well.

Can Salty Water Be Treated?

If you want to filter saltwater that you can use at home, simply filter the saltwater by heating it from a saucepan. After a few hours, the water will have evaporated, leaving the saucepan with the salt.

You can also treat salty water through condensation of water and by controlling evaporation. This is commonly known as distillation. The process involves heating the water until it evaporates, then the water vapor is subjected to lower temperatures in another chamber, thus catalyzing the process.

On the other hand, most industrial water filters use a method called reverse osmosis to remove salt and other contaminants from the water. the process implies that the salty water is filtered by passing through a desalination filter under hydraulic pressure.

Disinfection is another method of treating salty water. This method of water treatment involves using purification tablets. You can get these small, cheap, efficient, and very convenient tablets everywhere, including drug stores. 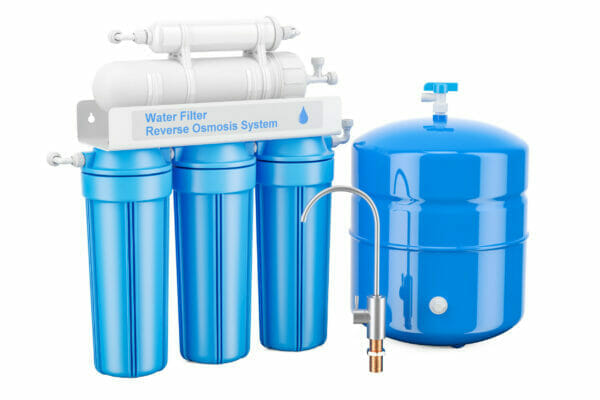 How Do You Get the Salty Taste Out of Well Water?

Even though salty well water may not be desirable to taste, you can still get rid of the taste out of your well water.

Below are some of the possible ways to remove salty (sodium and chloride) taste from your water supply.

Reverse osmosis (Ro) is a filtration system that removes contaminants from unfiltered water. In this filtration system, water flows through a semipermeable membrane, removing up to 98 percent of total dissolved solids (TDS) including sodium and chloride within the water.

While some of the water plus these molecules are flushed into your home’s wastewater system, treated water is stored in a small storage tank until needed.

Remember you can use this system to treat the water for the whole house or install it at the point of use such as at the kitchen sink.

You can also decide to heat the salty water to boiling point using temperature change, then condensing and collecting the vapor to produce pure water. This is called a distillation water treatment system.

Unlike some organic contaminants which usually transfer into condensed water, inorganic minerals such as sodium and chloride will not.

Distillation systems can also be installed under the sink or counter.

As known as demineralization, this water system is similar to a water softener and is used to remove all dissolved salts from water. In order to effect the removal of all salt content, you will require the flow of water through two ion exchange materials. The process is meant to remove all other positive metallic ions (sodium ions) in the process and replace them with hydrogen ions.

You can also get rid of the salty taste out of your well water by conducting annual testing for sodium. Besides the normal well water testing for mechanical issues, coliform bacteria, nitrates, dissolved solids, and pH levels, the test will also show you the level of sodium in the well water, and if your water already has a salty taste, this will confirm your suspicions.

You can have a certified contractor inspect your well system at least once a year, and also see your water changes year-to-year.