Having a bathtub in your bathroom sure is convenient for taking long and relaxing baths.

But, sometimes, you are in need of a quick shower. And, that’s where a shower head comes quite useful and convenient.

Anyhow, in case you don’t have a shower head installed in your bathtub, it’s a good thing to get it done. In that light, we are here to show you how!

So, let’s see exactly what you need and how to install a shower head in a bathtub. 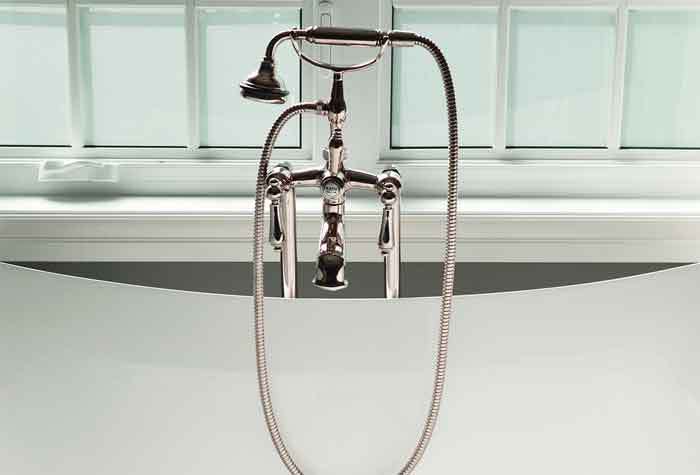 First of all, it’s quite important to mention that there’s a couple of ways to install a shower head in your bathtub. And, because of that, we are going to discuss only the two most common and definitely easiest ways.

It all depends whether you want to install a whole new pipeline or just add a shower head to an already existing faucet in the bathtub. Never the less, let’s see.

How to Install a Shower Head in a Bathtub

For many different reasons, installing a shower head onto a bathtub faucet is easier than installing it on a whole new water supply line. So, there are actually a lot of things to consider about this, that’s why we will start from the top.

Here’s how to install a shower head on a bathtub faucet.

Now, in most households, the tub spout is attached to the galvanized steel pipe. This pipe is usually sticking outside of the wall, and, that part is called a nipple. So, here’s what you need to do first.

Namely, you will want to unscrew the nipple with an adjustable wrench. However, you will need to put a lot of effort into this one since it requires a bit stronger muscles. But, it’s not that hard, just put a bit more pressure into it.

After that, you need to make sure to unscrew the spout and you will be able to go to the next step.

Step 2 – Pull Spout off of the Nipple

This step requires you to pull the spout straight off of the nipple. This way, you will make a few adjustments and enable installation of a new spout which is necessary.

Also, make sure to do this properly and with patience since this is a job for steady hands. Step 3 – Install a New Spout for a Shower Head

Once you removed the existing spout, you will most likely see that there’s a short nipple that is quite convenient and it goes back into the wall where it connects to the other pipe.

Now, the point of that is that you will need to attach a shower head on that connection.

You can actually adapt this pipe connection and attach a shower head ending on it. That’s the next step.

As we already said, the next thing to do is to connect the shower arm to the connection that you unscrewed before.

It is highly recommended to use a 6 inches long steel pipe that has a nipple ending since you are going to connect a shower head on it.

Once you attached the pipe, the only thing left is to attach the shower head on the nipple and there you go. You now have a whole new shower head installed onto your bathtub faucet.

The last thing that is left for you to do is to check if there are any leaks or cracks. Now, be thorough when it comes to checking this kind of stuff since you don’t want to do everything back from scratch.

If there’s a leak somewhere, make sure to deal with it accordingly.

You can always use a blowtorch to melt the iron and fuse it with other piece of metal to fix the crack. Or you can simply tighten everything up if that’s the source of the problem. 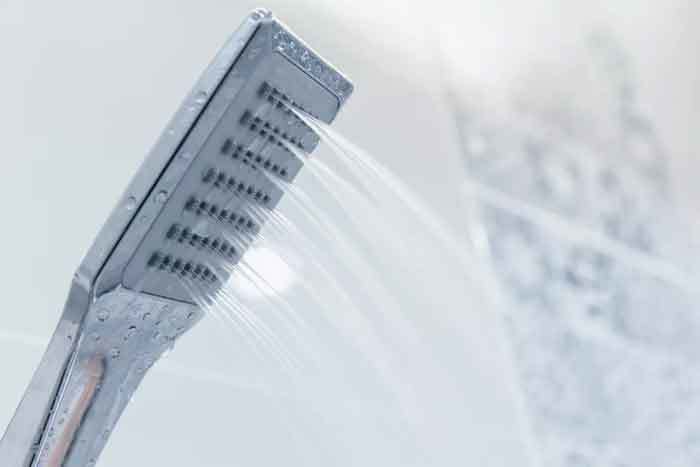 In some household bathrooms, access to a tub valve is quite easy. This means that you can actually connect a whole new water supply line to a tub valve and install a shower head on the end of it.

But, that’s easier said than done. However, we are here to explain to you how to install a shower head in a bathtub by connecting it to a tub valve. Let’s see.

The first thing to do here is to find the tub valve. This is quite important since you are going to directly attach a new pipe to the main water supply line that goes to the tub.

This new pipe will then be a shower head supply line and it will run under the same pressure, which actually matters a lot.

Anyhow, the tub valve is usually sitting somewhere behind the wall near the tub faucet. But, in some households, this valve is not that easy to find.

In that case, you should consult the plumber or see if there are any drawings of the house water supply line.

All in all, when you find the tub valve, you can go to the next step. 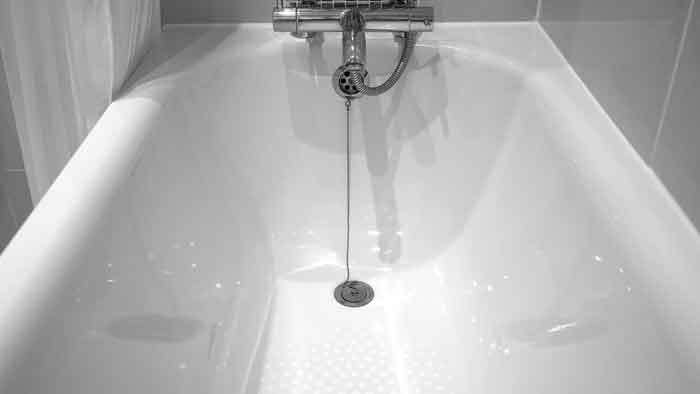 Once you find the tub valve, you will then see that there are a lot of ports. One port is connected to the tub, and other ones are not connected to anything.

The next thing to do is to find the shower port and unplug it.

This should be done easily and without any complications. However, if you have any troubles, you can always get help and ask your local plumber to assist you.

Step 3 – Add an Attachment to the Vertical Pipe

Now, the most important part of this whole process is to add an attachment, or basically unplug the port and screw it in a vertical pipe that goes up to the ceiling. So, this means that you need to connect the valve tub to the vertical pipe so the water can flow through it.

Once you do that, you can actually get a shower head attachment to the pipe and enjoy having a shower in a bathtub.

Also, it’s quite important to use a ‘’female’’ elbow fitting pipe on the end of the vertical line. This way, you are making sure that shower head attachment is possible.

You made a shower arm now which is supplying water right to your shower head and enabling you to take a proper shower. The only thing left to do is to attach a shower head to the ‘’female’’ ending and tighten it properly.

That’s all you need to do. However, make sure to do it properly. If you have any problems with the pipes, be patient and find a way to make it work. We all know pipes can be tricky to work with sometimes.

You can choose from a variety of models and find the right one:

As a good homeowner that knows how to install a shower head in a bathtub, it is highly recommended to check the results of your work. Now, run the water through the shower head and see if there are any leaks. 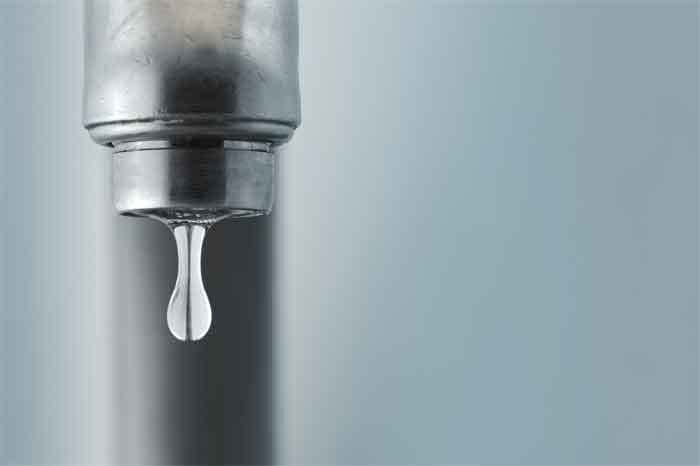 If the answer is positive, you need to examine the whole water supply line and see if there’s any problem there. If you can’t locate the problem, try tightening everything up a bit more.

All in all, you should have a running shower in your bathtub now that works perfectly.

Conclusion: How to Install a Shower Head in a Bathtub

If you ever wanted to install a shower in your bathtub, now you have the proper knowledge to do it.

But, never try to do it without a convenient set of tools and put a lot of effort into it. Doing this kind of stuff surely is hard but it’s rewarding at the end. 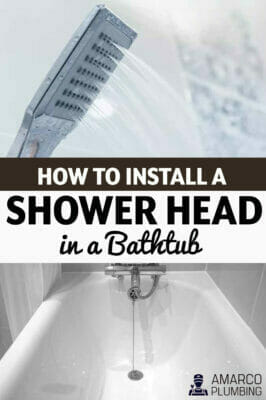