Nothing is more frustrating than a clogged toilet, especially if it clogs up at just the worst of times.

At some point in your life, you will have experienced a clogged toilet. If you haven’t yet, that’s great!

But as an adult who should be responsible enough to unclog their own toilet, here’s a quick article on how to unclog a toilet with an electric snake.

Say goodbye to plungers, because we have a better unclogger -- quite literally -- in our hands. 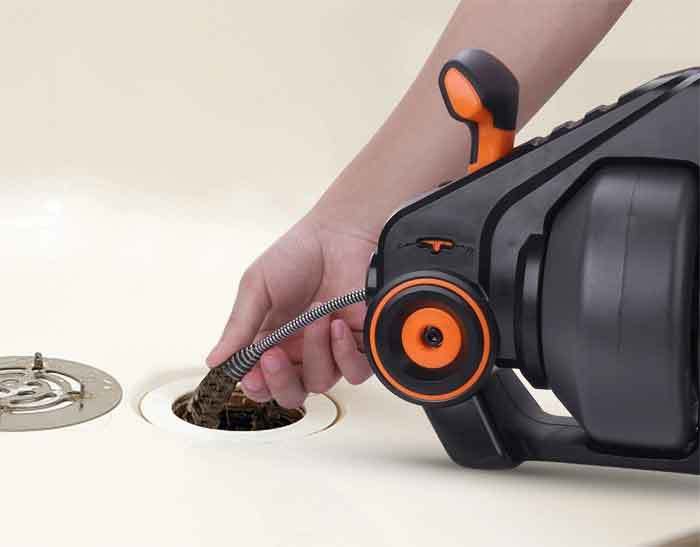 What causes a toilet clog?

There are a lot of possible causes of your toilet clogging up. Here are few of the most common culprits behind a toilet clog which you need to avoid (at all costs!).

What is a toilet snake?

A toilet auger or toilet snake is a tool, typically made out of metal, consisting of an auger, a shaft, and a crank handle. Unlike a regular toilet plunger, a toilet auger can maneuver through the drain system of a toilet in order to get rid of the clog head on.

Usually, people use augers when all the other de-clogging techniques have failed. 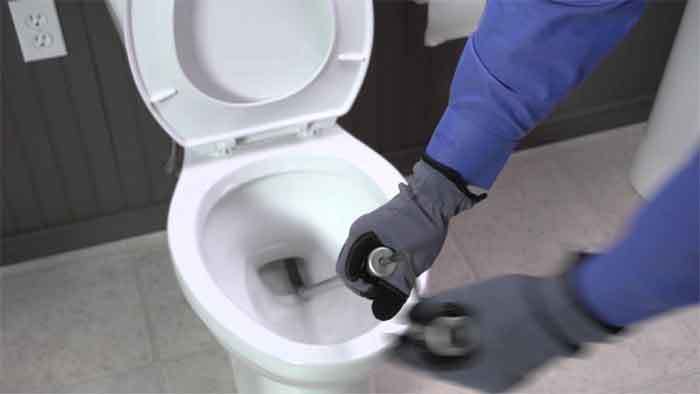 An electric snake is basically the same as a regular toilet auger. The only difference is is that an electric snake does not need to be manipulated using a crank handle. The user can simply press a button to make the “snake” move forward or backward while inside the toilet drain.

I can certainly vouch for the effectiveness of these tools. I was at my wit’s end and about to call the plumbing service when my toilet clogged up for the third time that week (thanks to my roommate’s habit of flushing questionable items down the toilet), when thankfully, I scoured the Internet for a cheaper solution.

And viola - I discovered the amazing tool that is a toilet snake.

How to unclog a toilet with an electric snake

About 90% of the time, toilet clogs can be remedied using a toilet plunger. The suctioning of a toilet plunger will usually free the clog from the toilet’s drain. Other clogs take a bit more of elbow grease, but still become unstuck with enough effort using the plunger.

However, what do you do when you’ve spent what feels like forever trying to unclog a toilet using a plunger? If you’ve done everything you can and the clog is still not budging, it’s time to take out the big leagues -- an electric snake.

Before doing anything with your toilet, it’s best to prepare the area in your bathroom where you’ll be doing the dirty work. Lay down some rags or newspapers around the toilet, a.k.a. “The splash zone” so that toilet water won’t end up all over your bathroom floor.

2. Use a bit of drain cleaner

But before anything else, it’s recommended that you loosen the clog first for best results. Pour a bit of regular drain cleaner in the toilet and let it sit for about fifteen minutes.

3. Start with your electric snake

Insert the head of the auger into the toilet drain until the elbow portion is almost completely inside.

Then, activate your electric snake so that the coil starts moving through the drain. Don’t worry if you feel a bit of resistance as this is completely normal.

4. Keep feeding the snake through the drain

Either the head of the auger will break down the blockage and push it further down the drain, or the blockage will be entangled with the snake.

To get rid of the clog, you can push the snake further down so that the debris will be loosened enough to drain normally.

Alternatively, when the clog gets tangled with the snake’s coils, you can pull it up and out of the drain hole along with the snake.

Once you get rid of the toilet clog (test it out by flushing), you can now start removing the snake from the drain.

Set the electric snake to ‘reverse’ and start pulling back the coil.

Do this gradually and slowly. Otherwise, the snake may snap and hurl toilet debris and water all over the bathroom. Yikes!

Clean the electric snake by scrubbing it down with a mixture of hot water, disinfectant soap, and a little bit of bleach. Spray it down with water right after and make sure to store it dry. Don’t forget to wipe down the toilet itself as well as the surrounding area.

If necessary, disinfect the area with bleach if a bit of toilet water spilled out. 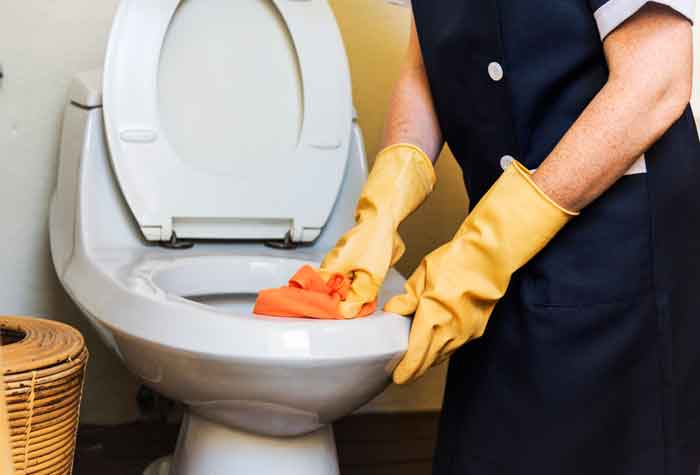 Conclusion: Unclogging a Toilet with an Electric Snake

Clogged toilets are nasty and often a hassle to fix. Sure, you can use an old regular plunger to fix the problem, but what if plunging the toilet simply doesn’t work?

This is where toilet snakes or toilet augers come in. With this tutorial on how to unclog a toilet with an electric snake, you can get rid of a toilet clog in no time.