Nowadays, most people take water consumption very lightly. But, as we are growing in numbers, over time there were some changes made to minimalize the amount of water we are spending unnecessarily.

Particularly, in this case, the question of toilet water usage by flushing is the point of discussion. So, have you ever wondered how much water is needed for a single flush of your toilet and how much does it cost you?

Is it necessary for us to try to prevent water waste, or is it convenient to just flush our toilet as many times as possible, no matter if it is needed or not? 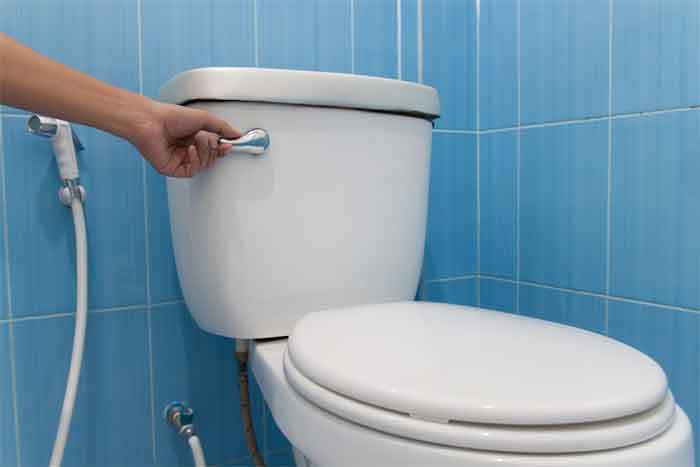 how much water does it take to flush a toilet?

How much water does your toilet use for a single flush in most cases depends on the type of toilet that you own. Older toilets are said to use at least 1.6 gallons of water per single flush, and often they can use up to 5 or even 7 gallons per flush for different manufacturers.

By older, we take toilets manufactured until 1980 into consideration, since after that year new criteria are used for toilet manufacturers preventing them from the production of toilets that spend more than 3.5 gallons per flush.

If we calculate how much water a regular 4-person family spends every year by toilet flushing only, we come to the fact that this number is approximately 35 thousand gallons per year.

Luckily, the new generations of toilets are much more efficient regarding this matter, since some toilets labeled as Water Sense use no more than 1.28 gallons of water per flush.

These toilets have to fit 3 levels of criteria to be given this certificate and are the most convenient in terms of water usage per flush.

By using these modern toilets, your toilet water consumption should be approximately 12 thousand gallons per year. 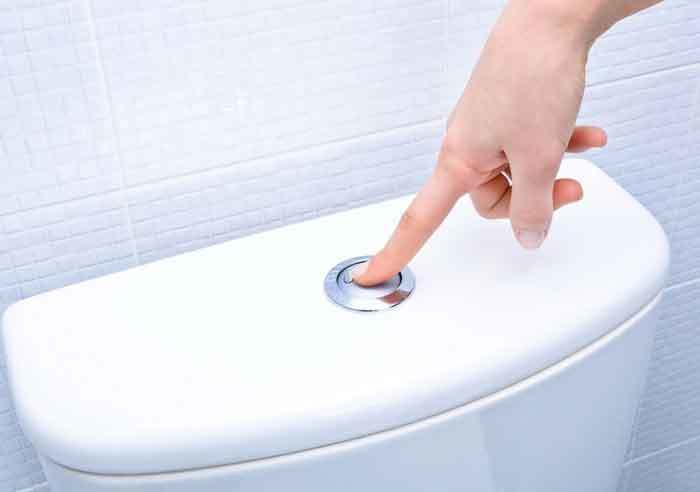 Modern toilets called High-Efficiency Toilets are some of the first to meet the label Water Sense. In case they fulfill the Water Sense criteria, they are certainly the best solution for lowering the rate of water consumption by flushing.

They are supposed to never spend more than 1.28 gallons of toilet water per flush. They are often very affordable, starting from $100 per toilet and in case your sewer municipal costs and annual water costs aren’t way too high, the HET toilet should pay off for you in less than 3 years.

Although this method is not that much recommended, by retrofitting your old toilet, you might be able to save some water used per flush.

This technique includes reducing the amount needed for flushing a toilet without shrinking the toilet bowl.

Because of this, the retrofitting method is not reliable and you might be forced to flush your toilet twice each time, having no gain at all in lowering the water consumption.

The only useful and proven retrofitting technique is the installation of the fill cycle diverter. It is a little device used for storage of more water in the toilet tank, while less water is directed to the bowl when they refill.

By doing this you will be able to make the tank and the bowl finish filling at the same time without unnecessary water losses. By each flush, after a fill cycle diverter is installed, you should save no less than half a gallon.

Cases when your toilet needs more water than predicted to flush

This might make you ask yourself how much does it cost to flush a toilet and how much money and flushes are you losing because of leakage.

Sometimes leaks will be easily spotted, while sometimes there is no visual way of confirming the leak. In that case, follow these simple steps to uncover the leak: 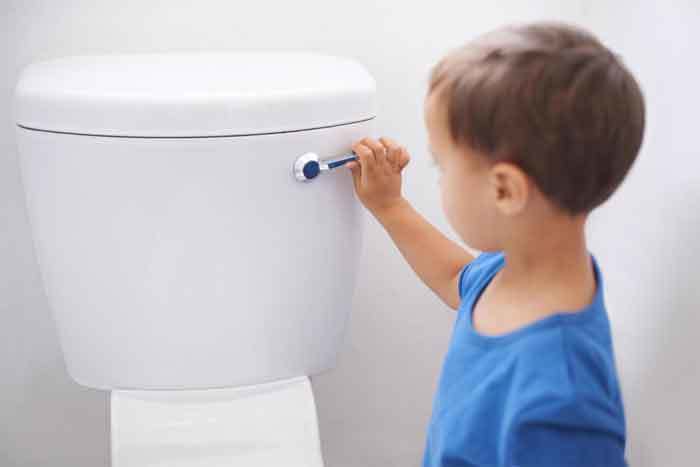 You might be surprised how big a role in the usage of your household water does the toilet flush has.

Calculating the annual cost of flushing your toilet is quite simple since we previously stated that a regular family spends 12 000 gallons of water annually on toilet flushes.

Since each person flushes the toilet approximately 5 times per day and the cost for HET toilets per flush is less than a cent, a regular family spends nearly $100 per year in toilet flushing.

Per person that makes it $25 per year. It is important to state once more that by using older toilets of 3.5 gallons water usage per flush you could pay up to 3 cents per flush, in which case, your annual expenses can raise as well.

No matter how much water we use in our toilet, either way, it will all go to the groundwater, and back to our toilets again since no water is lost in this process.

But knowing how much water it takes to flush a toilet is important for other reasons which are important as well.

Some areas have water restriction in terms of how much water is available for flushing in which case you should know how to calculate your spend.

On the other hand, some people are looking to save some money by modernizing their toilet and making it spend less in a single flush, while others might have leakage issues and that is their reason for wanting to know this information.

Either way, knowing how much water it takes to flush a toilet is important, no matter how irrelevant you used to think it is.