The majority of cities have hard water as a result of minerals (particularly calcium and magnesium) accumulating during the water cycle. The more minerals that dissolve in water, the harder the water gets, which is why water hardness differs amongst cities within the same region. 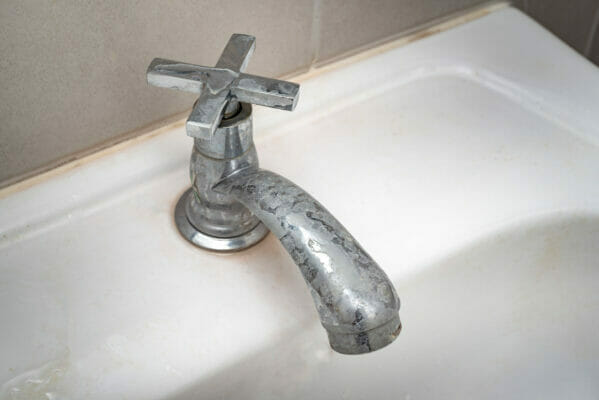 What Is The Average Hardness Of City Water?

Water hardness is often assessed only in terms of total calcium and magnesium concentration. Keep in mind that in certain locations, aluminum, iron, and manganese may be in excess, increasing the hardness of the water.

The presence of iron causes the calcification to be brownish rust-colored rather than white (the color of most of the other compounds).

Water absorbs minerals that occur naturally in the soil and rocks. Rainwater is soft because it contains few mineral ions.

There is no proof that hard water can cause harm to human health but it can damage your skin, hair, and water-using appliances in your home. This is because hard water tends to stick to every surface or comes into contact with, whether it’s your skin, hair, or dishwasher.

Soap and detergent lather less in hard water because mineral ions reduce the surfactant property of soap and create a layer of soap scum to form on the skin and scalp.

Although a water test can establish whether or not you have hard water, there are observable indicators in your home.

Most cities have hard water because the bedrock is composed of sedimentary rocks including limestone, chalk, flint, and sandstone.

Sedimentary rock is more porous than metamorphic rock, which has been compacted under pressure over a long period, reducing the available space between particles through which water can run.

Rainfall carries minerals with it as it percolates through sedimentary rock.

The water with a high mineral content then enters our water supply and makes its way via our pipes at home, where it is utilized for various purposes like drinking, cooking, washing, and heating.

While there are temporary solutions to remove hard water, such as using a squeegee on your shower walls, the best method to get rid of it for good is to have a local water softening company install a water softener in your home.

Installing a water softener will restore moisture to your hair and skin, spackle to your dishware, color to your clothes and linens, and money to your pocket.

How Do I Know If My City Has Hard Water?

A soapy residue may be left on your garments after washing them in hard water. If you use hard water, your clothing will not be effectively rinsed.

As a result, your laundry may be less clean or wear out faster. If you don’t have a water softener, follow the hard water laundry instructions.

The Water Flow In Your Faucet Is Low

Hard water could be to blame if the water from your bathroom and kitchen faucets is not flowing smoothly, or if the flow appears to be insufficient.

Among the effects of hard water is that pipes can become clogged when water hardens due to calcium, magnesium, and other mineral deposits. Water flow will be reduced if a water pipe becomes clogged.

Your Skin Is Dry And Itchy

Have you or a member of your family been suffering from dry or itchy skin? If this is the case, take a look at your water.

Bathing or washing with hard water can be uncomfortable, especially for people who have sensitive skin. The minerals in the water cause this inflammation. If you have skin problems, hard water may aggravate your symptoms.

Your Glasses Have Foggy Spots Or Film On Them

Droplets of hard water dry to an opaque finish, which can leave stains or a foggy film on glassware.

Using a rinse agent in the dishwasher can assist water droplets flowing off the glasses, but it is not a cure-all. Hand-wash and dry your glasses with a dish towel to keep them clean and clear. 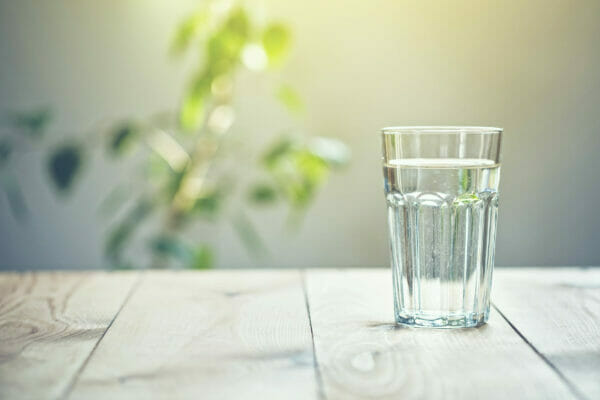 Your Water Tastes Off

Iron, in particular, can give water a metallic taste. If hard water has caused a substantial amount of scale to build up in your water pipes, you may notice a mud-like or even moldy taste from the tap.

Clogged pipes in your home are also caused by hard water. Inside your pipes, the high mineral concentration accumulates.

As a result, the water pressure lowers and your bathroom appliances, such as the water heater, cease to function effectively. If your pipes are constantly clogging, the cause is hard water, and you need a water softener to prevent it.

Which US Cities Have The Hardest Water?

It has a water hardness of 16 grains per gallon on average. Lake Mead provides 90 percent of the area’s water. Lake Mead is fed by the mineral-rich Colorado River, which picks up calcium and magnesium along the way.

When soft snowmelt reaches the lake, it has solidified, and municipal water treatment doesn’t always remove these minerals.

Many Minnesotans have to deal with hard water on daily. Luckily, hard water does not affect everyone in Minnesota. The Mississippi River, which supplies water to many Twin Cities inhabitants, has softer water than groundwater.

While the majority of the Mississippi’s water flows above the rocky surface, groundwater gathers minerals from the rich in natural limestone bedrock area.

Residents in the Phoenix region are well aware of the consequences of hard water. The majority of Phoenix’s water comes from mineral-rich reservoirs.

The Verde, Colorado and Salt Rivers supply water to these bodies of water, which are the sources of high magnesium and calcium levels found in the area’s tap water.

Water hardness reaches a level of 12–17 grains per gallon on average.

The water in the region reaches levels whcih range from 15-20 grains per gallon on average.

Minerals such as calcium and magnesium are absorbed by the water in the region when it comes into contact with limestone, resulting in water hardness.

Water hardness is an issue in the Indianapolis area, so to remove the high quantities of water hardening minerals (calcium and magnesium), homes rely on in-home softening devices.

The region’s water sources include surface and groundwater, both of which may have calcium and magnesium. Water hardness levels in Indianapolis vary between 12 to 20 grains per gallon on average.

Since most of Indiana is constructed on limestone bedrock, water hardness concerns arise, whether from rivers, reservoirs, creeks, streams, or aquifers.

Despite having a vast number of natural lakes, Florida’s freshwater is prone to water hardness.

Groundwater supplies the majority of the area’s tap water, which dissolves minerals and generates hard water as it travels through mineral-rich soil and stone.

In this area, the hardness of the water may vary by up to 17 grains per gallon on average.

Residents in this city have significant quantities of minerals, which cause hard water, in their tap water when compared to the typical range. This often leads to significant housing troubles in the long term.

Since most of Northern Illinois has a high concentration of minerals, people who get their water from groundwater are more likely to have hard water. Water hardness is mostly induced by calcium and magnesium entering subsurface pipes that transport tap water.