PVC pipes are a popular choice for water supply lines because they’re affordable and easy to work with. However, all PVC pipes have a working life cycle where they need to be replaced due to wear and tear.

The causes of a PVC pipe cracking include extreme weather conditions such as cold or heat, overpressurization, time, stress, and vibration. Any of these factors or a combination of any of them can easily cause a PVC pipe to end up cracking suddenly or through the passage of time. 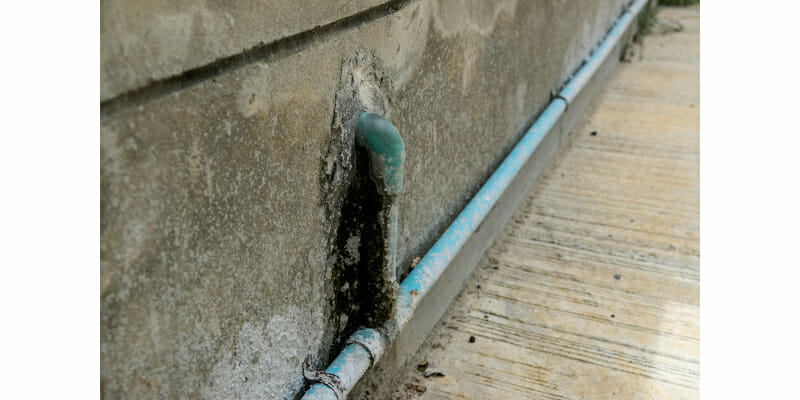 When it comes to drains, most American homes and buildings actually use PVC pipes. And the reason why PVC pipes are so popular as drains are really quite simple to understand despite how PVC pipes are supposedly not as durable as metal pipes.

PVC pipes are light, flexible, cheap, and clog-resistant. In fact, it is the very fact that PVC pipes are resistant to clogging that allows them to be great as drain pipes.

This is due in large part to how PVC pipes come with smooth interior walls that will most likely prevent any debris from clinging. In that sense, you are less likely to experience clogging with PVC pipes as opposed to other types of pipes.

We all know that metal pipes made from alloys such as brass, steel, or copper are actually a lot more durable but PVC pipes are nearly just as durable as well.

All that said, PVC pipes won’t easily get damaged or break as some of the newer PVC pipes we have available in the market today can reasonably reach up to more than 50 years without the need for replacements.

So, if your home or building uses PVC pipes for its drains, you don’t have to worry because these pipes won’t easily break just like that even though they might be made from plastic.

Still, the fact that PVC pipes are made from plastic means that they aren’t indestructible. PVC pipes may be durable but the very fact that plastic isn’t as durable as metal makes plastic pipes more likely to crack or get damaged compared to their metal counterparts.

As such, the truth of the matter is that PVC pipes can still get damaged even though they aren’t really that prone to breaking or cracking.

How can a PVC pipe crack?

Now that we said that PVC pipes don’t easily crack or get damaged, there are still certain factors and conditions that can cause PVC pipes to steadily accumulate damage until they actually crack.

In some cases, when these factors begin to pile up, the damage can be swift and sudden. As such, you have to know these factors so that you can minimize the chances of your PVC pipes getting damaged.

It is far too common for any type of material to actually crack or get damaged whenever they are exposed to extreme temperatures such as cold or heat.

The reason is quite simple. When the temperatures are too cold, the plastic material on the PVC pipes will become stiff as the molecules in the polymer will become too jampacked, and this will cause the material to lose its flexibility and then form cracks.

On the other hand, extreme heat exposure can cause the PVC material to melt, and this can also soften the pipes and eventually allow the pressure to crack them.

Of course, just like in any other pipe, too much pressure can actually crack and split PVC pipes open.

This can happen when too much water is flowing through the PVC pipes thereby forcing the pipes’ internals to bear the pressure coming from the flow of water. When that happens, the pipes will easily crack and burst open.

In most cases, PVC pipes have a maximum fluid pressure that, when exceeded, will cause cracks on the pipes.

For example, a 1-inch schedule 40 PVC pipe has a rated maximum water pressure of 450 pounds per square inch. So, if the pressure were to exceed that, the pipes will buckle down due to the pressure and may possibly crack.

The amazing part about PVC pipes is that they are very flexible due to the added plasticizers that will allow the plastic material in the pipes to be able to become more flexible.

Due to the flexibility of PVC pipes, they won’t easily succumb to pressure and external stress as the material will simply flex and adjust.

They are even more flexible than metal pipes, and that makes them better for more complex drainage systems that require pipes to be flexible.

However, the fact is that PVC pipes can still break under too much stress. If stretched or flexed too far, these pipes can end up cracking.

And the damage may not be apparent at first because the damage coming from the stress of getting stretched too much might accumulate over time until such a period where the pipes could no longer handle the stress. This can eventually lead to cracks.

Of course, time can easily become a factor when it comes to cracks on your PVC pipes. That’s because, as PVC pipes get older, the material used on these pipes will undergo degradation.

So, when the plasticizers have leeched out so much, your PVC pipes can end up losing the flexibility that makes them so useful for a lot of different drainage systems.

As a result, cracks will begin to form on them through the passage of time. And this will happen no matter how well you take care of your PVC pipes.

Vibrations can happen in different houses and buildings depending on where they are located and on how the buildings are constructed.

These vibrations can happen from normal tectonic movements such as earthquakes or from constructions whenever renovations are done to the house or whenever there is a nearby home that is undergoing construction.

So, when the PVC pipes experience too many vibrations, the material will eventually get fatigued to the point that they won’t be able to handle the stress anymore. This can lead to cracks on the surface of your PVC pipes. 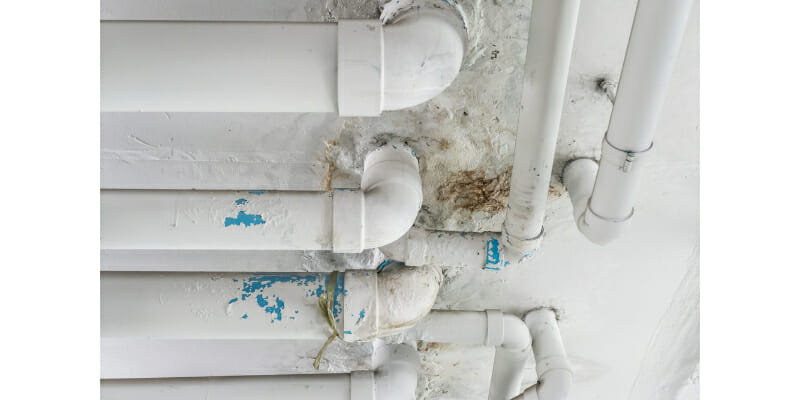 How do you stop PVC pipe from cracking?

Now that know that there are underlying factors that can actually cause PVC pipes to crack, it is important for you to know how to minimize such factors so that you can prolong the lifespan of your PVC pipes.

First off, it is important to make sure that your PVC pipes are not exposed to the outside air or to sunlight because of how the cold or heat can actually damage them. It is best to keep PVC pipes hidden underground or in the walls of your home to prevent them from getting exposed.

Second, it is best to make sure that you only use PVC pipes for drains because the water pressure in drainage systems isn’t really too much for PVC pipes to handle. This is why PVC pipes are often used for drains.

For example, minor stress fractures may already be occurring on your pipes but not to such an extent that they would compromise them. But finding out that the pipes have fractures as early as possible will allow you to prepare for the worst when it inevitably comes.

PVC pipes are cheap, useful, and very durable but they too will end up getting damaged if unused correctly or when they are exposed to certain factors that will inevitably cause cracks or fractures on them.

As such, it is important for any homeowner to know the factors behind the cracks in PVC pipes so that the situation can get remedied as early as possible.

After all, you don’t want the problem to blow out of proportion when the pipes ultimately crumble down or burst open due to the cracks.