People usually don’t really understand how a water softener works, besides the fact that it obviously needs salt. Brine is the most important part of your water softener.

Getting the perfect balance of your water and salt allows your appliance to transform hard water into soft water.

So if you started to notice that your water softener isn’t using enough salt and your water is hard, then there is a problem that you should see to right away.

There are a few possible reasons why your water isn’t using the right amount of salt, but luckily, this is very easy to fix even on your own and you probably won’t need to call your plumber. 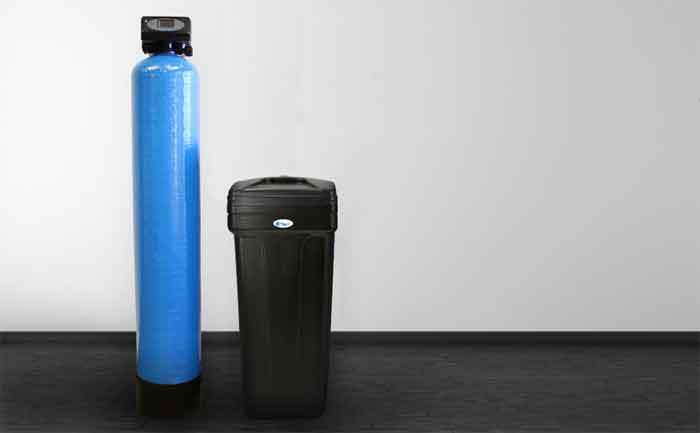 A salt bridge is the most common problem that occurs with water softeners. If your water softener is working, but not softening and regenerating as expected, then take a look inside your brine tank.

If there is salt collecting on the interior bridge then it’s very likely there is also a salt bridge.

A salt bridge is essentially a hardened crust of salt that forms above the water when the sodium sticks together instead of dissolving.

This prevents the salt and water from creating the brine that is needed for softening. The water in the softener can cycle but it’s not getting mixed with the salt.

When this happens, there is normally a cavity of air between the bottom of the salt and the top of the water.

If you have determined that a salt bridge is causing the problem, don’t panic. This is something that is fixed very easily and you won’t need to call an expert to intervene.

Side note: On the other hand, if your drinking water tastes salty, you should check if there is a pinch in the drain hose.

It’s possible the minerals have built up in the drain hose (this is very common if you have rusty water), and they are causing pressure problems that result in salty water. In this case, you should remove the hose and then clean it and replace it. 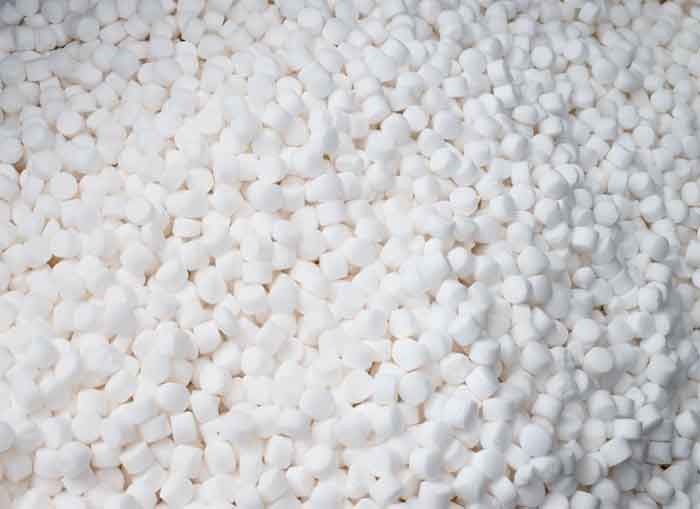 How to Fix a Salt Bridge Problem?

Like we already mentioned this problem is extremely easy to fix.

There are a number of ways you can deal with it, but we will mention two methods that have been proven to be the most successful.

1. Take a broom handle and push it gently on the salt. The salt bridge should crumble under pressure and fall back into the water. Stir the water up for a bit and break up any large pieces remaining.

It may be tempting to use something sharp like an ice pick instead of a broom handle, but this could easily damage or even puncture the tank. After doing this method make sure to refill the salt and your water softener should be up and running.

2. You can also try removing the lid, grab the brine of the tank and start shaking it back and forth to try and see if that will help remove the bridge.

How to Identify a Salt Bridge Problem and How to Prevent it?

Hard water coming out of your faucet is usually the first sign of a salt bridge problem. The reason for this is because the salt bridge will prevent the new salt from falling to the bottom, so the water will not get softened before coming out of the tap.

There is a great way you can check for a salt bridge to be sure: Take a long wooden stick (such as a mop or a broom), and push it down the brine tank and through the salt. If you can’t push it all the way down it’s because it’s hitting on something hard, and then you know that a salt bridge has formed.

How to prevent it: The salt bridge problem could be an isolated incident, but there’s a good chance that it will happen again if you don’t correct the conditions that led to it in the first place.

Here are some of the most common reasons a salt bridge occurs.

Salt Level is Too High

This is another problem that could be causing your water softener to not work properly. The rule is that there should be about 3-4 inches of salt above the water level in your tank.

If there is less, and especially if you can see the water surface, it means that it’s time to replenish the salt. If there is more than that, then that means that you are adding too much salt which is wasteful and could lead to crusty build-up.

You should try and find the appropriate level of salt for your household, then let the salt drop until you see the water level in the brine tank. Next, fill it up to half-full or full, depending on how much salt is consumed in your household.

As you probably know, the water softener is connected to the rest of your water system. If it’s using large amounts of salt it could mean that you have a toilet that is consistently running.

This will cause the salt to deplete rather quickly, and it can be quite common if there is a bathroom in your home that isn’t used very often.

The Best Salt for Water Softeners

If you didn’t know, there are two categories of salt for water softeners (the good salts and the not-so-good salts). What’s important when picking the right salt is getting the right size and the right type. 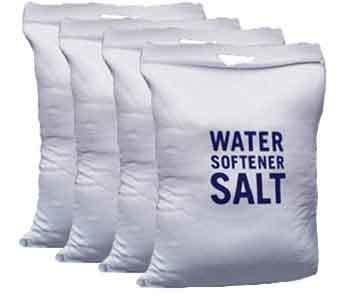 How Often Does Salt need to be put in the Water Softener?

Experts recommend that you check the level at least once a month to ensure that there is still salt in the tank. If the tank is smaller it may require being checked more than just once a month.

As we already mentioned, when you go fill a tank with salt, you definitely don’t want to overfill it, since it can lead to the salt bridge.

The ideal level of salt in the tank is around the halfway mark and never go higher than 2/3 full. Following this rule can save you from having trouble with your water softener.

We hope this article gave you some insights on how a water softener works, and how to fix the problems that may occur with it.

If you think that salt bridge isn’t what’s causing the problem in your water softener then it might be best to contact your local problem to determine the solution.