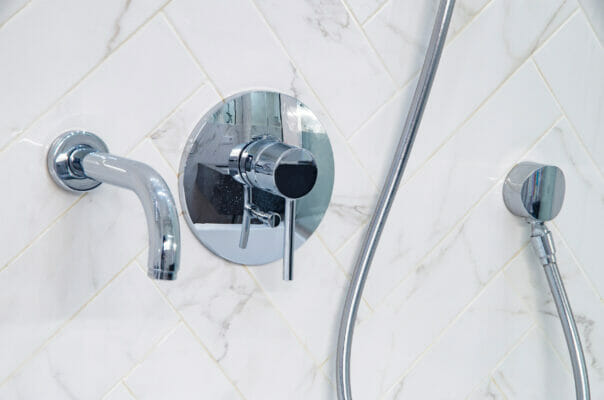 How do I know if my shower diverter valve is bad?

Very few things feel as good as a shower at the end of a long day. Sometimes, however, the shower won’t cooperate.

You may have wondered what was wrong with your shower when you turned it on and realized that water was still coming from the tub’s faucet.

The lack of pressure from your showerhead would probably irritate you the most because it makes it challenging to have that refreshing shower you’ve been looking forward to.

You most likely have an outdated or defective shower diverter valve if the tub faucet continues to run even after you switch on the shower.

Valves are usually present throughout a plumbing system, and they serve to turn on your sink, bathtub, and even your garden hose.

In addition, they help determine the temperature of your water when you switch on the shower or sink.

A shower diverter valve does exactly what its name suggests. It prevents water from flowing through your tub faucet and instead directs it to your showerhead.

You will either operate it by pulling, pushing or turning depending on the brand of the shower diverter.

To open or close the valves on a three-valve shower, you need to turn three distinct handles.

You raise or reduce the opening of each valve as you turn the hot and cold valves, depending on the water temperature you wish to flow out of the tub faucet.

Subject to your preference, you can either let the water keep pouring into your tub or turn the diverter valve to change the direction of the water so that it goes up into the showerhead once you’ve reached the desired temperature.

The valve is open when water flows into the tub from the tub faucet. When you turn the handle, the valve advances, and a rubber washer seals the tub’s faucet, preventing water from entering.

Instead, the water goes through a tiny number of holes in the valve, which creates pressure and pushes the water up the shower pipe and out through the showerhead.

Different brands style this shower in different ways. Some brands have two temperature controls that open the cold and hot water pipes independently.

Before the water comes out of the tub faucet, the cold and hot water have mixed.

Other brands will only contain a single handle that opens both the cold and hot water lines and determines how much each should mix with the other depending on how far you turn the handle.

The further you turn it, the hotter the water will be. In either case, you will find the shower diverter valve on the tub’s spigot.

To know whether your shower diverter valve is faulty, check to see the amount of water that flows out of the showerhead when you turn on the shower.

If there is inadequate or irregular flow and if the water flows from both the tub faucet and the showerhead at the same time, then you have a faulty shower diverter valve in your hands.

A bad diverter valve could also lead to insufficient or excessive amounts of hot water.

Unfortunately, since constructors usually hide pipes inside the wall, it can be challenging to access the valve and repair or replace it yourself.

Why does my shower diverter keep failing?

Shower diverter valves provide a great solution to managing water flows from the tub faucet or the showerhead. On the other hand, if they fail, they could result in significant issues in your bathroom.

There are several reasons why your shower may have water flowing via both the tub faucet and the showerhead simultaneously or may not flow at all.

If you are having an issue with water flow from both outlets or can’t direct water to the showerhead, you may need to replace your shower diverter valve.

It’s important to note that you won’t have to personally assess why your diverter valve isn’t working if you have a home warranty. If you try to fix the problem yourself and fail to work, your home warranty might not cover the repair!

However, if you file a claim with your home warranty company as soon as possible, you may have to cater for the nominal service fee, and they will fix your shower for you.

The following are some reasons why your shower may fail to direct water into the showerhead.

Regardless of the type of shower diverter valve you have, if something is preventing the diverter valve from entirely shutting or opening, water may flow out of both the tub faucet and showerhead simultaneously.

If you have a faucet with the diverter inside the spout, check to see if anything prevents the diverter from entirely shutting. To soften calcium build-up, soak the faucet in vinegar overnight or clean it thoroughly with a soft brush.

If you have the three-valve shower, you can easily remove the shower faucet and open the valve. Check whether there are any clogs within the valve, which you can brush out with a clean cloth.

Some shower diverters use nylon or rubber washers to ensure that the holes in the faucet are correctly closed. These washers could be the source of the diverter problem if they happen to bend, crack or fall apart. If you notice a cracked or broken washer, you’ll have to replace it.

The threads on the screw that joins the pipe to the spout could deteriorate over time. The finish on the spout may peel off, causing clogs in the shower.

If this happens, and you do not replace your faucet, water could seep into the wall next to the shower, causing damages in your home, for example, the occurrence of mildew, mold, or rot. 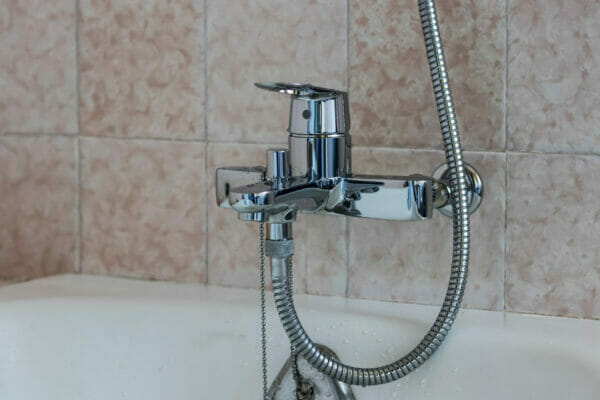 How long does a shower diverter valve last?

Similar to all other components of your home, a shower diverter valve will eventually fail due to normal wear and tear as well as age.

The shower faucet typically contains a valve cartridge which may make your shower valve wear out and malfunction. In some instances, you may find that the valve is upside down so, when you turn on the shower and water comes out of the showerhead, water also comes out of your tub faucet.

You may be asking yourself, how often should I change my shower diverter valve?

It only takes a few minutes to clear out your shower head, or better yet, replace it once every six to eight months to get that excellent, refreshing shower you deserve.

How do you fix a faulty diverter valve?

Fixing the shower diverter valve on your own may not be a good idea, especially if you are not well-versed in plumbing. Call a professional or your home warranty company to help diagnose the problem and check for any underlying problems.

They may either clean it out if there is a blockage or replace the valve to prevent further clogging.

Shower diverter problems may be a nuisance, but they are not there to stay. You can always have your shower diverter repaired or replaced when it becomes faulty.

To prevent regular repairs, you may want to reduce wear and tear on your shower valve by releasing the diverter to allow water to flow from the tub faucet for a few seconds before turning off the water.