PVC pipes are a great solution for plumbing needs because they are light, inexpensive, and durable.

Yes, PVC pipes do get clogged but they are less likely to clog compared to iron or metal pipes. That’s because PVC pipes have smoother walls that will allow debris to easily pass through without clinging to the walls of the pipes. However, PVC pipes can still get clogged but not quite often. 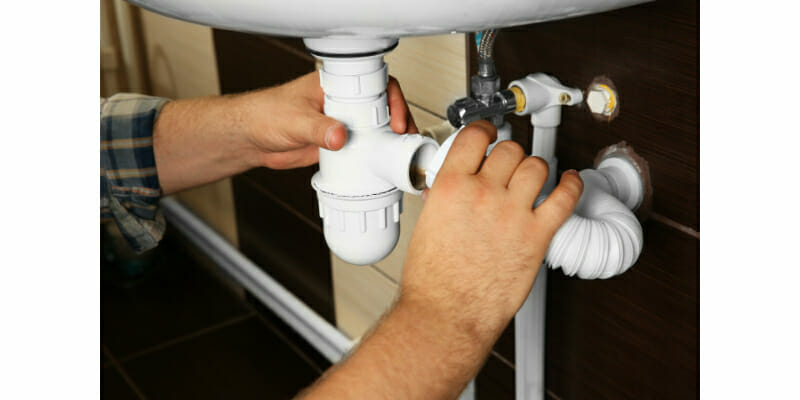 Some of the most important components of your home are your pipes because these are the ones that are basically responsible for your entire drainage and plumbing system. You want your pipes to always be in great condition and to actually work because bad pipes will ultimately make your home uninhabitable with all of the leaking, excess moisture, and bad odor.

That said, PVC pipes have changed the game when it comes to drainage pipes. Most pipes that you see today are actually PVC because of the very fact that they are cheaper and are actually better at draining in comparison to iron or metal pipes.

But the fact of the matter is that PVC (polyvinyl chloride) is still made of plastic and is not as durable as metallic pipes. So, how long should you expect PVC pipes to last?

It might be true that PVC pipes don’t last as long as metal pipes do because plastic isn’t as durable as metal. As such, older PVC pipes will have a natural lifespan of somewhere between 25 to 40 years as compared to traditional metal pipes that can probably reach a century before they need to be replaced.

However, because of how technology has improved, there are PVC pipes that are made to be much more durable than they were in the past.

As such, you may be able to expect your PVC pipes to last up to 70 years depending on how often they are used. But the fact of the matter is that PVC pipes don’t last as long as metal pipes do due to how plastic naturally isn’t as durable as metal.

Do PVC pipes get clogged?

Now that you know that PVC pipes don’t last as long as metal pipes do, you might be wondering why these pipes are the most ideal for the drains of most homes nowadays.

After all, shouldn’t you want to have pipes that actually last for a very long time so that you won’t have to replace them so often?

Well, for starters, PVC pipes are only ideal for drains in most homes precisely because they are made to be able to drain water and debris better than metal pipes do.

You have to understand that PVC pipes, due to how they are made of plastic, have smoother walls that will allow water and debris to pass through smoothly without clinging onto the walls.

In comparison, metal pipes tend to have rougher walls that will most likely allow debris to cling onto them. That means that metal pipes are more likely to get clogged whenever debris clings onto the rough inner walls of these pipes.

As such, metal pipes are not the best choices for drains but work best in other types of uses in your home aside from drains.

That said, if PVC pipes have smooth inner walls, does that necessarily mean that they don’t get clogged? After all, they are ideal as drain pipes. So, does it necessarily follow that PVC pipes don’t clog?

For starters, PVC pipes can still get clogged because of the very fact that there will be debris and oils that may end up getting stuck inside the pipes. This is true if there are large enough debris that actually ends up making their way through your drains. In that sense, they can still get stuck in PVC pipes.

PVC pipes are only more resistant to getting clogged precisely due to how they have smoother inner walls that are less likely to have debris clinging on them. But that doesn’t mean that PVC pipes don’t get clogged as there will still be instances wherein these pipes will end up getting clogged.

The only difference is that they are less likely to get clogged in comparison to metal pipes precisely due to the smoother walls. That is why PVC pipes are the most ideal to use as drain pipes. 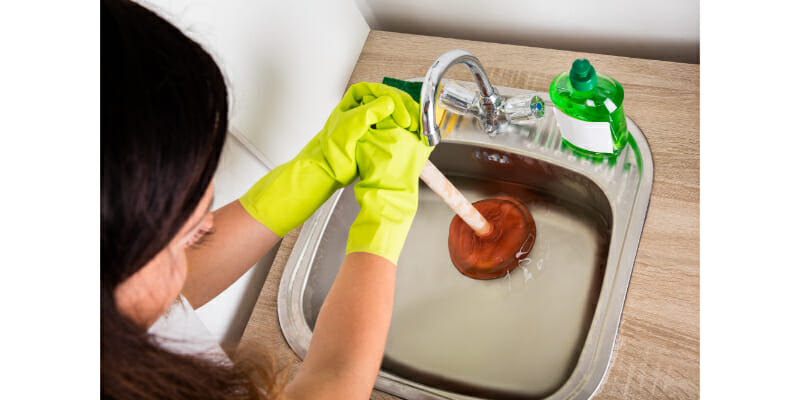 What drain cleaner is safe for PVC pipes?

Now that you know that PVC pipes are not exactly clog-free and that they can still get clogged, that means that you may have to clean your PVC pipes some time in the future when they end up getting clogged.

However, the fact that PVC pipes are made of plastic should make it obvious that you have to treat them differently compared to usual pipes.

When you want to unclog a traditional metal pipe, it is quite easy to throw in a bottle of Drano in there to actually loosen the clog up and allow water to freely pass through and further unclog the drain.

However, understand that PVC pipes are not as durable and as resistant to chemical drain cleaners as metal pipes are. That’s why you know that you should never try to use liquid drain cleaners that have harsh chemicals to try to clean your PVC pipes whenever they get clogged.

To understand this simple concept, let’s look at how these chemical cleaners work. Chemical drain cleaners such as Drano and Liquid Plumr contain sodium hydroxide, which dissolves drain clogs through a chemical reaction that essentially melts the clogs through heat.

So, if the clog in your PVC pipes is caused by big debris, chemical drain cleaners will have to sit in the drain longer.

The longer the chemicals sit in the pipes, the more likely they are to actually dissolve the pipes along with the cause of the clog. When that happens, your PVC pipes will get compromised as a result of the damage that the chemical cleaner caused.

This will eventually lead to leaks or even busted pipes.

That is why you should never try to fix a PVC pipe clog using liquid drain cleaners or even boiling water as the heat can damage these pipes and cause leaks.

You don’t want chemical drain cleaners or boiling water to end up melting or eating away at your PVC pipes while you get rid of clogs.

As such, the best way to actually clean your PVC pipes is through the use of a plunger.

An effective plunger should be able to easily unclog minor pipes since the pressure coming from the plunger plus the smooth inner walls of the PVC pipes should allow the debris to loosen up and pass through the pipes.

However, with tougher clogs, it is best to use a snake, which will snag any tough debris and allow your pipes to let water pass through them smoothly once again. In most cases, tough clogs in PVC pipes are caused by hair, which you can easily snag through the use of a drain snake.

Meanwhile, plungers won’t always work on hair that is stuck in a pipe, and that is where a drain snake comes in handy.

Even when your home uses PVC pipes for its drains, you have to understand that these pipes aren’t exactly clog-proof. They may still end up getting clogged, and that is where you have to be extra careful because you shouldn’t be treating them like your traditional metal pipes.

In that regard, do away with the effective chemical drain cleaners if you want to unclog PVC pipes because they will only damage your drains.

Instead, embrace the traditional way of unclogging your PVC pipes by keeping a plunger and a drain snake handy. After all, you want your pipes to last for as long as they possibly can.