Black steel pipes are susceptible to rust depending on the climatic conditions you expose them to; as well as their immediate applications. You can however, enhance their corrosion resistance by spray painting protective coatings to their surfaces. 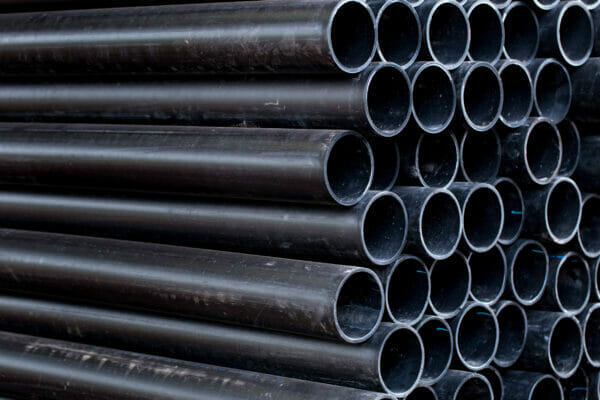 Is Black Steel Good for Plumbing?

The dark coloration on black steel pipes is a result of the iron oxide deposited on their surfaces during the manufacturing process. As a result, since the pipes do not have corrosion protective coating, they are unsuitable for plumbing purposes. However, you can lengthen their lifespan by painting their surfaces. This reduces the corrosion effect on them, but it is not a guarantee for their use in plumbing.

Should you use the black steel pipes for plumbing purposes, minerals from the water and other liquids running through them will most likely corrode their inner walls. This will cause clogs in the pipes and may lead to overflows resulting in the bursting of the pipes. Therefore, it is important to remind you of the fact that black steel pipes do not have any protective measures that can facilitate their use in the plumbing sector.

The pipes are intended for use as gas channels only. Additionally, using them for plumbing may be a violation of plumbing codes and regulations in the world’s environments act or local regulations.

Black steel pipes, like other plain steel pipes without coatings, rust at a higher rate in humid climates. Additional coatings on the surface of these pipes can however slow down their corrosion rates.

In addition to this, their use in exterior installations is strongly discouraged in most countries, and their use for piping gas remains a limited responsibility for relevant authorities only.

It was discovered recently that most people are burying these black steel pipes to prevent rusting in the hope that the pipes won’t rust.

Unfortunately, they found the pipes to rust even faster than they expected. So, unless the pipes are wrapped in protective coatings, they will maintain an increased corrosion rate.

How to Clean Black Steel Pipes

These pipes do not have a coating on their dark surface as is often mistaken. For example, in case you intend to apply an exterior coating to an already installed black steel pipe, you must thoroughly clean its exterior surface first.

Despite that, this task might present lots of challenges depending on the installation locations and the period rust has been accumulating. In your cleaning activity, you might be interested in experimenting with the following things to speed up the process and make it more efficient: 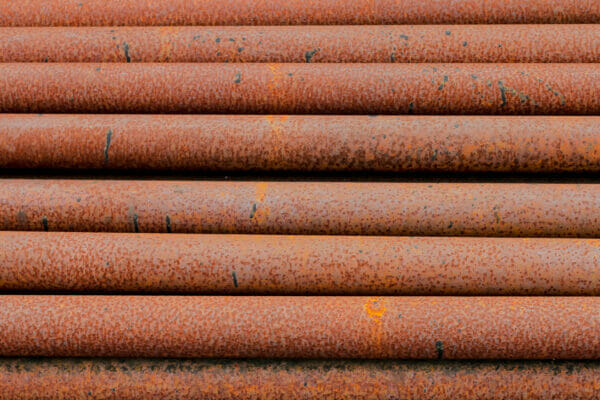 How to Remove Rust from Black Steel Pipes

For your primer and topcoat paints to bond well with the steel pipe’s surface, it is best to remove the rust particles that have already formed on the pipe’s surface, before any coating procedure.

It may, however, be difficult to perform the rust removal procedure, making you opt for painting the pipes directly.

Nevertheless, it is important to know that in extreme hotter temperatures, the top part of the rust peels off after some time; so it will wash away with the paint coating. Therefore, removing the rust is a necessity. The rust removal procedure involves:

How Do You Keep Black Pipes from Rusting?

There are different ways to prevent corrosion on black steel pipes, but painting them is the most effective way. Among them are:

When using black steel pipes for gas transmissions, you will need to be extra cautious of what gases you are passing through them.

About 60 percent of corrosion cases in black steel pipes occur as a result of sulfide compounds present in the gases passing through the pipes. The remaining percentage results from weather effects and other corrosion factors.

Almost all metallic elements pull electrons from others nearby. This results in a weakened section of the pipes, exposing them to easy and quick oxidization.

Whenever you have a few pipes to work with, it is wise to separate them by some measurable distance. However, if you are dealing with multiple pipes, you may consider using wear pads as insulators along the pipes.

Unstable pipes swinging and bouncing from one point to another when blown by wind may wear some metal parts as a result of friction between various swinging surfaces; exposing them to corrosive elements.

Hence, it is advisable to mount pipes to walls and surfaces with straps, clamps, and U bolts.

Furthermore, you will need to distance pipes installed along walls from the wall surfaces since walls retain temperatures for longer periods. So any pipes that are near such surfaces are more likely to corrode more rapidly than those far from the walls.

Aside from painting, you might think about coating the surfaces with metal plates or wrapping the pipes with insulators. In general, the last period will depend on the type of protection you have on them.

Black steel pipes are easily susceptible to corrosion because they are uncoated. However, this depends on the climatic conditions in these regions.

Depending on what coating or protection method is used, it is possible to extend the life of these pipes preventing them from rusting for quite some time.