If you notice that your water well is currently delivering a low yield, one cause is that it has collapsed. The best way to address the issue is by fixing the well. Yes, you can always restore your well after it has collapsed; this is possible if the collapsed portion is right below the well casing. 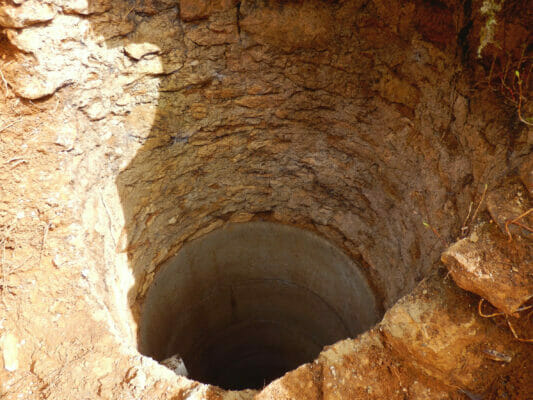 What can cause domestic water wells to collapse?

Here’s what you need to know about well water

A water well is a hole drilled into the ground to reach aquifers, which holds groundwater. Today, a lot of people in America depend on well water for drinking.

According to the US Environment Protection Agency (EPA), more than 13 million households in the country use well water for various activities, including cooking and drinking.

A properly drilled and constructed domestic water well packs several different components. One of the most important parts of a well is the “well casing” – this is a tube-shaped structure that’s usually placed in the opening of the well.

A casing is usually installed on water wells to perform a couple of functions. For instance, this tube-shaped structure is responsible for keeping excess water and dirt from penetrating the well.

Furthermore, well casing also helps to prevent contaminants from having access to your well and messing up the groundwater.

Water well casing comes in different materials and lengths. Speaking of its length; most states and local agencies have laws and regulations regarding how short or long your casing should be. As for the materials; they are usually available in carbon steel, plastic, and stainless steel.

A “well cap” is a structure that’s often placed on the casing of the well. Its primary function is to help prevent debris, insects, or even small animals from finding their way into your private well. Furthermore, caps are often installed with a vent to maintain the pressure inside the well, especially when pumping is being performed.

Well screens are used to prevent sediments from going into the well. They are often placed at the bottom of the casing. As for pitless adapters, they act as a connector, helping to maintain a sanitary and frost-proof seal of your private well.

A pump is a device that’s employed to help fetch water from the well, using suction. They are available in two types, depending on the depth of the water well. First, there’s a submersible pump – it’s mostly employed for deep domestic wells. The second type is the jet pump, which os suitable for shallow private wells.

As earlier mentioned, “well casing” is often added to water wells to perform several different functions. In the previous section, I mentioned that the casing is responsible for keeping excess water and dirt away from going into the well. It also prevents contaminants from gaining access to your well.

One thing I didn’t mention earlier is that well casing is also the structure that’s responsible for preventing your well from collapsing. As such, it’s safe to say that casing failure is what is responsible for the collapse of most domestic wells. But what exactly causes a private well casing to fail?

Here are some of what causes private water well casing failure

Private water well casings, as effective as they are, also have their issues. A “well casing” can develop various issues, such as leaking and completely failing.

Speaking of casing leaks; one of its most common causes is cracks, which mostly occur when the ground shifts during a natural disaster, such as an earthquake.

Lightning is another common factor that makes most casing structures leak. If lightning strikes your private well, the casing will be affected, resulting in leaks.

Over time, a leaking well casing, if not attended to, could eventually cause your water well to collapse. To avoid that, you need to inspect your well regularly and check for any warning signs of casing leaks.

In case you don’t know, a decrease in the flow of water is one of the warning signs that you could get to understand that the casing is leaking.

Furthermore, if you keep noticing sands, sediments, and other contaminants in your water supply, you need to understand that this could be a sign that the casing is leaking.

Is your water appearing green, blue, red, brown, or milky? If yes, this could also be a warning sign that your private well casing is leaking and allowing contaminants into your well.

According to a study performed at the University of Stanford, casing failure, which leads to the collapse of a private well, is often caused by combined loads and contaminants in the casing or the surrounding concrete.

The bottom line is that a domestic well could collapse if the casing, which is meant to protect the well, is failing or bad. Casing failure occurs when there are combined loads and contaminants on the casing and the concrete around it.

Can a collapsed water well be fixed?

A collapsed water well can always be fixed depending on a couple of factors, such as the portion of the well that’s affected and how bad the water well is.

Earlier, in this post, I mentioned that most states and local agencies in the US and some other countries in the world have laws and regulations regarding how short or long a well casing should be.

Most times, the casing only extends down to where the loose soil layer ends. If there’s bedrock inside the well, there’s no point adding well casing on it as the rocks can also be utilized for the casing.

That said, if the collapsed portion of the well is right below the casing (on the bedrock), it’s very possible to fix the issue. In this case, all you need is to get a technician to develop the collapsed area for you.

Most likely, the water well technician will perform the job by jetting high-pressure water (in a large amount) into the well.

The water introduced will help to keep the sediments inside the well floating. After that, the water will be sucked out of the well before the development process starts on the collapsed area. 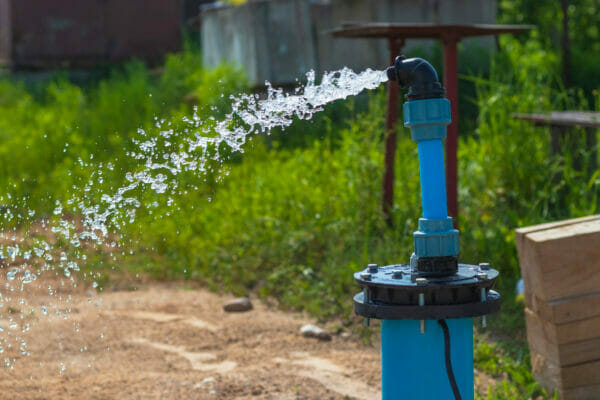 How much does it cost to fix a collapsed well?

How much it cost to fix a collapsed well depends on how badly the well is affected.

According to HomeGuide, it cost about $6 to $10 per foot to replace a well casing, which involves using PVC material.

As for stainless steel pipe casing, the replacement cost is usually between $57 to $129 per foot. If you’re looking to use galvanized steel pipe, the cost of replacement per foot is $33 to $54 or more.