How often do you check your water bill? If you’ve noticed a sharp increase in your water bill and you don’t know why, it may be because of a dripping faucet.

Aside from powerful flushing systems on your toilet, a dripping faucet is one of the leading reasons some household water bills soar high. There are several reasons the faucet may, and may not, increase your water bill. Aside from the bill, costs in repairing it are quite high. 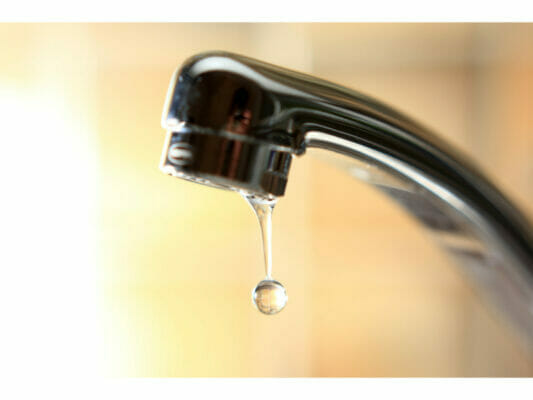 Does A Dripping Tap Cost Money?

As observed by experts in industries that provide water in households, a leaking tap typically increases an average household’s water bill by around 10 percent or more.

Just imagine how much is wasted off your wallet just because you thought that those small drips on the faucet won’t impact your water usage that much. But remember that a drip in your faucet is still running water, which means your water meter will keep on moving.

In most countries, all households use around 300 to 400 gallons of water each day. In the US however, according to the EPA, the average family uses over 300 gallons every day with 70% of it being indoors. For every individual using water, around 2 gallons are being used for drinking or washing.

But these are only the ones that are being used correctly. Just imagine the amount of water being wasted because of a dripping faucet. If you think about it, tens of thousands of gallons of water are being wasted every year just because of a leak on some household’s tap!

I will show you a little bit of math based on the estimated usage of water, as well as what was observed by researchers in known water industries.

They mention a 10% water bill increase can be regarded as a 10% increase in your water consumption per day. Just imagine the gallons of water (if not a gallon) being wasted each day, which eventually ends up either at the bottom of the sink or just on the ground.

For an in-depth computation on how much ‘drip’ water is wasted on faucets, as well as parts of the faucet’s pipe where the leak is located, a study conducted by experts estimated the number of drops per gallon. One gallon of water is equivalent to around 15,200 drops of water.

Just think about the millions of droplets wasted, while there are some places in the world where they are wishing for a single drop of water.

That’s why it’s best to consider getting the leaking faucet fixed immediately upon first sight. As you progress further in the article, you will also learn how much you might be wasting per year when there’s a drip on your tap.

How Much Money Do You Lose From A Leaky Faucet?

Now that you’re aware of the enormous amounts of water wasted monthly and annually. It’s time to determine the average amount of money that you might lose from a leaky faucet.

Once again, I will show you some math for you to have a little bit of idea of how much money is being paid on your bill, while it shouldn’t be if your faucet is fully fixed.

To make it easier for you to computer, we are going to talk about your annual water bill instead. You might have been spending an estimated amount of $1000 a year for unnecessary addition to your water bill just because you neglected your leaky tap at home!

Also, water heater users should keep in mind that gas fees might also increase because of a drip in your bathroom faucet or shower.

Take note that the readings for the measurements of water and estimation for bills are based on actual readings conducted by researchers from renowned groups such as the United States Geological Survey. Remember that the exact amount of money you can lose from a leaky faucet depends on the amount of water being dropped every second, too.

The reason why the amounts mentioned above are estimates only is that the drips per second vary per household. Thus, you can only get an average amount of extra costs on your water bill every month by reading all of your bills in one year. That’s a lot of work!

But take note that it’s not only the drip on your tap that’s causing your bill to go high. If you think about it, a drip on your water can cause unexpected expenses such as a raise in your gas fees if you use a water heater or extra costs for plumbing repairs.

For more unexpected payments, other reasons for the spike in your water bill. That’s why it’s best to remediate all of these if you want to save around 10% of your average water bill. 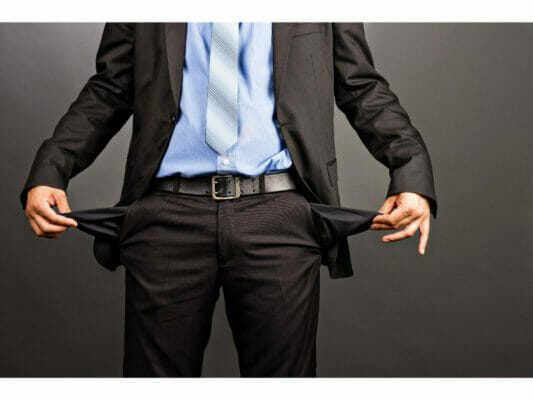 What Else Can Cause A Water Bill To Be High?

There are certain situations where your water bill might not get affected by the dripping water issue, but might be caused by a plumbing issue.

Regardless of whether or not it spikes your bill up, a dripping faucet is still problematic and can still cost you money in one way or another. Here are the different reasons a dripping tap can make you spend a lot of money in the long run:

Most homeowners always want to make sure that the toilet’s flush works perfectly to remove all the waste away. Some even reach the point where they spend extra just to gain a more powerful type of flushing system.

But if you’re living on a tight budget, take note that flushes are one of the major contributors to your water bill.

At least refrain from using the flush if you are only going to take a pee. You could just flush it out with water since urine can easily be drained just by applying at least a pail of water.

You can also either replace the toilet’s flush for a weaker one or just turn it off completely if you find it unnecessary and easy to flush by pouring water.

A Leak On The Toilet

The toilet is also considered as one of the largest contributors of extra costs on your water if it’s damaged. A leak on your toilet will cause the flushing system to keep on pumping for more water as well. What’s also worse is that toilet water is somewhat dirty, and is quite a hassle to clean up now and then.

Check out the small pipe connected from the toilet to the wall as well. If there is a leak, shut the valve of your toilet to conserve water, and save for your bill as well.

At least a monthly checkup on these two can help you prevent any leaks from happening. It’s best to get a plumber if you only have basic knowledge in repairing pipes when dealing with water softeners and heaters.

Leaks On Dishwashers And Washing Machines

Just make sure to check under these washers for any leaks when using it, as well as discoloration stains on surfaces (which often happens on dishwashers than washing machines).

Other Leakages To Observe

The water on your hose can be checked for any leaks as well, particularly when you use it. If there is any leak on the hose, replace it immediately to ensure that you are maximizing the water being used outdoors.

If everything mentioned is all good, but the water bill is still skyrocketing, then get a plumber to inspect the underground pipelines in your home.

Note that aside from unnecessary additional costs on your water bill, you might also pay up for plumbers’ fees just by resolving the dripping water issue, as well as other plumbing issues.

To save money for repairs, it’s best to learn for yourself so then you can at least do basic repairs for minor problems that might impact your bill. But if the fix is quite complicated, it’s still best to invest in a good plumber.

TIP: To make it fair when looking for a good tip in fixing a dripping faucet, take note that it’s not just the drip that has to be checked. Issues involving dripping faucets might not come from the outlet of the water.

Check your value as well if it’s already loose or broken, as water can easily break out on that area as well since it’s the one holding your water.

The reason why you should learn more about dripping faucets is to save extra money for easy fixes rather than cover up for problems that can be fixed or calling an expensive plumber.

If you call a plumber, make sure it’s a problem you cannot fix on your own to get your money’s worth. That’s why if you notice an endless drip on your faucet, be sure to take action immediately before it takes up hundreds of dollars off your pocket!