Wooden vs Plastic Toilet Seat: Which one to Choose?

As an Amazon Associate, I may earn from qualifying purchases at no extra cost to you.

In Quentin Tarantino’s seminal masterpiece, Pulp Fiction, essentially all of the main conflicts within the film are centered around the humble toilet. Spoilers for anyone who hasn’t seen it yet - (you should rectify that as soon as possible, by the way) - John Travolta’s character gets riddled with bullets once he gets up off of the john; Uma Thurman suffers the effects of an overdose after shooting up in a nightclub restroom; and the less said about the content of Christopher Walken’s brief cameo, the better.

Suffice it to say, toilets play a huge role in our lives and in the lives of our favorite fictional heroes and villains. They deserve more respect than what they’re usually given. In fact, one of cinema’s most controversial moments came when Alfred Hitchcock filmed the flushing of a toilet in Psycho - before then, people generally considered the loo to be a place so unfathomable and putrid that to gaze upon it or to even invoke its name was a sign of poor taste.

Truly, we’ve come a long way since then, but there is still a long way to go when it comes to giving the necessary care and paying the right amount of attention to those porcelain thrones that so graciously keep us aloft in our most private of moments.

We can start by giving it a good clean and making sure it stays that way, or, as the title of today’s article might suggest, we can replace what needs replacing. This is something you might not have thought to do before. That’s right, we’re talking about toilet seats.

What To Consider When Buying a New Toilet Seat

When you’re ready to replace your toilet seat, chances are you’ve become quite familiar with the old one. Think about how much time you actually spend “with” your toilet. A decision like that, while seemingly insignificant in the grand scheme of household appliances, demands a lot of careful consideration and thought. After all, you’ll be spending just as much time with your new toilet seat as you did with your old one.

With that being said, it’s important to know what to consider when you’re thinking about what makes a good toilet seat. Also, what’s the difference between wooden and plastic toilet seats?

To answer those burning questions, we need to take a look at some important factors that determine the quality of a toilet seat and that will also - by extension - determine which one is right for you. 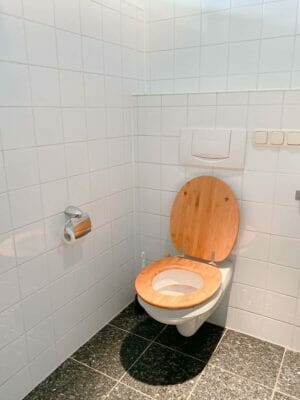 Comfort may not seem like a huge deal when it comes to sitting on the john. Usually, you won’t spend enough time in the restroom to snuggle up on the toilet; you’d simply get in, do what needs to be done, then get out.

If the comfort and overall warmth of your toilet seat still don’t seem important enough to consider, then, by all means, move on to our next point. However, if you’re one of those people who keeps a stack of magazines in their restroom or who likes to read the morning paper while on the john, comfort may be just a little higher on your list of priorities.

Generally speaking, wooden toilet seats will serve you far better in this regard. While they aren’t heated, per se, they have a much greater propensity to stay warmer for longer than plastic seats, which can become unbearably frigid during the winter.

Therefore, to those of you who like their toilet seats to appear welcoming and to feel comfortable, we’d highly recommend getting a wooden seat, despite them generally being more expensive than their plastic counterparts.

Next, you’ll want a toilet seat that will last you a while. After all, household items and appliances generally don’t come cheap, and having to buy a new toilet seat every month or so isn’t financially wise.

In general, when it comes to the durability of products, most people will agree that wood is traditionally superior to plastic, at least in this regard. When it comes to toilet seats, however, a plastic one will likely last you far longer than a wooden seat.

Wooden toilet seats are prone to cracking and warping, particularly when exposed to extreme heat and moisture (staple products of our bodies). Additionally, if you’re in the habit of slamming your toilet seat shut, you’ll find that any wooden seat will quickly become splintered and damaged. 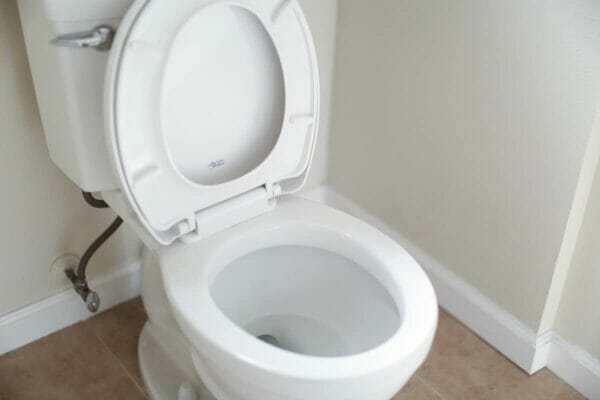 We mentioned this briefly in our previous section, but our bodies have a natural propensity to emit a lot of heat and expel a lot of moisture. No one knows this better than our friends, the humble toilet seats, which deal with this particular combination of heat and moisture daily and without complaint.

Still, they deserve better treatment than that. If you end up purchasing a wooden toilet seat, you will want to get it treated to prevent moisture from absorbing into it. This treatment can only do so much, unfortunately, so you’ll still need to wipe it down regularly, though even that might not be enough.

Again, plastic wins out here, if only thanks to its lack of heat and moisture absorption. However, there is one final category within which wooden toilet seats might be able to redeem themselves.

If you’re not at all concerned about how inviting your bathroom seems, you can stop reading right about now. If you want everything to look orderly and modern, and lovely, you’ll definitely need to consider what type of toilet seat will suit you best.

Obviously, plastic and wooden seats will each match particular aesthetics, but the latter is usually far easier on the eye than the former. If you opt for a plastic seat, there are several ways to add some garnish to it, such as by adding a cover or by making sure the rest of your bathroom looks spick and span.

Between us, despite their failings, we’ll always prefer the warm embrace of a wooden toilet seat to the cold touch of a plastic one.

We hope that, if nothing else, we’ve at least taught or reminded you of the immense value of a good toilet seat. Keep all of these considerations in mind when you’re on your way to replacing the seat of your porcelain throne, and we are sure that you won’t make the wrong choice.